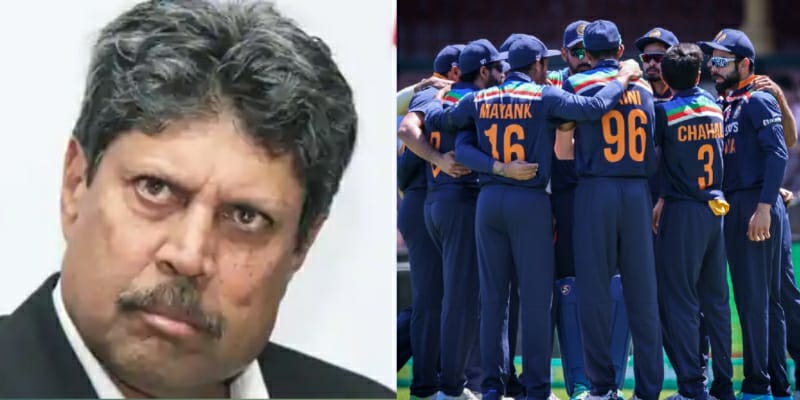 Kapil Dev is a former Indian captain and a world cup winning hero who always praises the Indian youngsters for their performances. But Kapil believes the wicket-keeper-batter’s inconsistency is hurting him with respect to a place in the Indian team.

Kapil believes he would be confused between the four stars if he had to choose between them since they are all as capable with the bat and behind the stumps. However, there is one keeper in particular with whom Kapil is extremely furious and that is Rajasthan Royals captain Sanju Samson. Kapil, India’s first-ever World Cup-winning captain, says that, considering his talent, Samson’s batsmanship does not deserve his pay.

He said, To be honest, if I had to choose amongst the three wicketkeepers (Karthik, Ishan, and Samson), I’d say they’re all nearly equal. I don’t think there’s much of a difference. He also said that Saha is also better between them but it will be hard for him to compete. He also said that he was very upset with Sanju Samson due to his inconsistency. He said, “ But the guy scores in 1-2 matches and then fails”.

He also said currently Dinesh Karthik is above all other players. But he said Rishabh Pant is very young and has a lot of cricket left in him when compared to Dinesh Karthik.

Samson has been given multiple opportunities with the Indian team, but he has been unable to capitalize on them and has dropped down the pecking order. Sanju Samson scored 484 runs in IPL 2022 which was recently concluded.

Many fans thought Sanju Samson was very unlucky to be missed out in the Indian squad which is currently playing against South Africa.