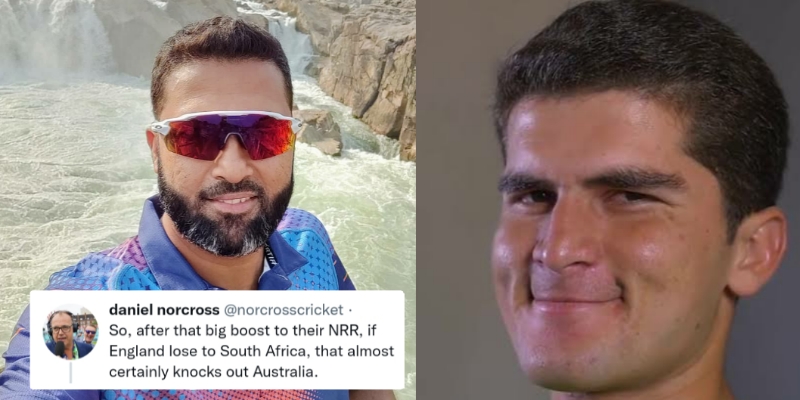 Former Indian cricket team opener Wasim Jaffer has entertained the fans on social media with his sense of humor and meme game. Jaffer has earned many fans on Twitter because of his reactions to the recent happenings in cricket.

The ICC T20 World Cup 2021 is currently underway in the United Arab Emirates and Oman, and the race to the semifinals is heating up with teams from Group 1 and Group 2 trying their best to secure the four elusive spots.

So far in the tournament, only the Pakistan cricket team has secured its spot in the semifinals. The Group 2 is wide open with Afghanistan, New Zealand, India and Scotland still having hope to qualify.

Meanwhile, in Group 1, Bangladesh and Sri Lanka have already been eliminated. England have almost confirmed their place in the T20 World Cup 2021 semifinals by winning their first four matches in the Super 12 round.

The fight for the second place is between Australia, South Africa and defending champions West Indies. The chances of the Men in Maroon are the least because they have suffered two defeats in three matches.

England will play their last match of the ICC T20 World Cup 2021 Super 12 stage against South Africa. Incidentally, it is the last match for South Africa as well. Meanwhile, Australia are going to play against Bangladesh and West Indies in their next two matches.

South Africa is way ahead of Australia in the net run rate. So, if the Proteas record a decent win against England, they can qualify for the semifinals, leaving Australia with no other option but to win their last two matches by extraordinary matches, something that might not happen.

Here’s how Wasim Jaffer reacted to the scenario and referred to Ashes rivalry coming into the play: