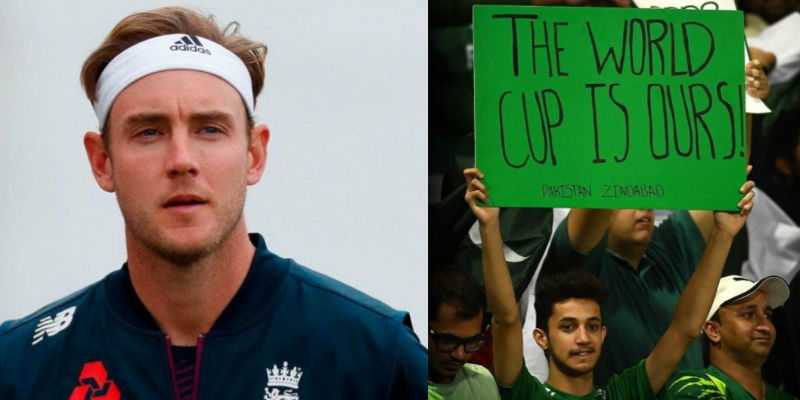 Stuart Broad is one of the few bowlers to have captained his nation at the ICC T20 World Cup. The right-arm fast bowler plays for England in the Test format, but he is no longer a regular member of the England T20I squad. Broad has been active on social media and sharing his views on the game.

As mentioned ahead, ICC posted a fan’s photo on social media. He had a posted in his hand reading the World Cup is Ours. ICC hinted that Pakistan are favorites to win the mega event, and Broad commented that England are also in the race.