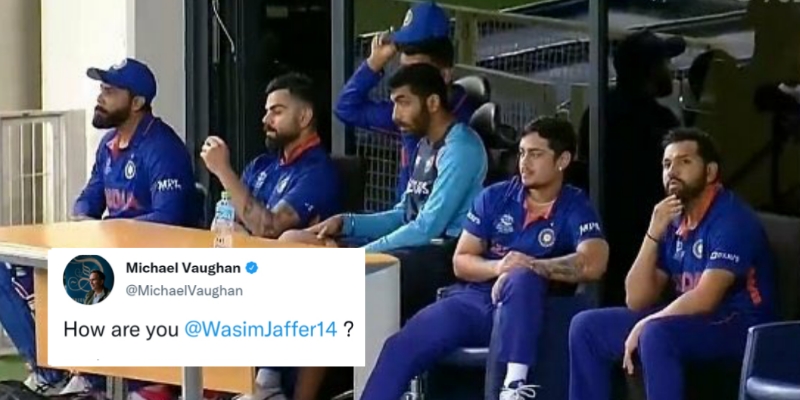 How are you @WasimJaffer14 ?

Friends is a popular series among everyone across the world, and Wasim Jaffer used a meme from that show, where a character named Ross said in squeaky voice that he was fine.

It is the feeling of the entire Indian cricket team fanbase now. The Indian bowlers have failed to deliver once again as Darly Mitchell’s innings has taken the Blackcaps to 83/1 in 10 overs.

“Smith shouldn’t be in the team” – Warne talks about Australia’s strategies and team selection
“Not just one man”: Mohammad Azharuddin speaks out as Kohli faces criticism
To Top