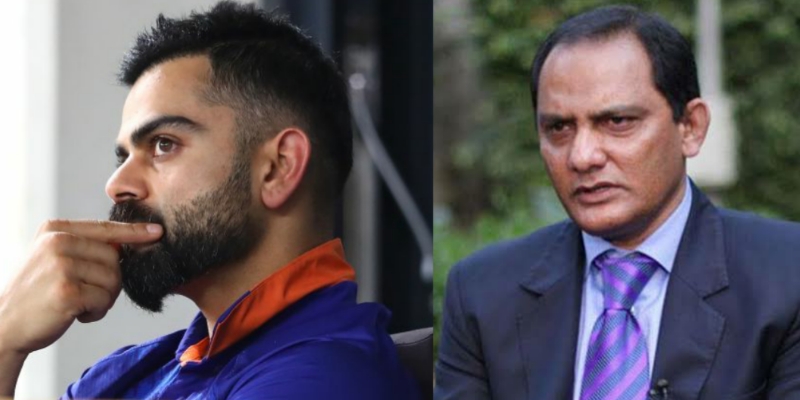 T20 World Cup has been a joy to watch for most countries. We have seen some electrifying cricket being displayed by the national teams. For India, this is exactly not the case. Indian Cricket Team suffered its second loss on the trot against New Zealand on Sunday evening.

Former India Captain Mohammad Azharuddin speaks out as Virat Kohli faces criticism. It is but obvious for the fans to criticize the Indian Team over its performances at the ongoing world cup. He said it is the team effort that has been below par. Cricket is a team sport, and one cannot blame a single player for the result of the match. Halloween turned out to be scary for Indian fans, he mockingly added.

Virat Kohli is facing criticism but it’s the entire team and the coaches that have failed and not just one man.
It turned out to be a scary Halloween for Indian fans. #INDvsNZ #T20WORLDCUP

Indian team’s woes prevail as they display yet another substandard performance against New Zealand. After losing their first match against Pakistan, the India team faced New Zealand in a must-win game. However, the men in blue didn’t learn from their mistakes, it seemed.

The top order failed miserably for one more time. The onus was on the experienced duo of Rahul and Rohit to prove their critics wrong, after the flop show against Pakistan.

With Suryakumar injured, Ishan Kishan was included in the starting XI and promoted up the order. Rohit came out at number three, while Virat batted at four.

Ishan Kishan got out scoring 4 runs. Rohit batting down the order didn’t help his case either. It was a day where both top and upper-middle order failed to pass through pressure, leaving Jadeja and Pandya in trouble.

India’s top scorer was Jadeja, who scored 26 not out, while Pandya made an under-pressure 23 off 24 balls.
India gave a target of 111 runs, which New Zealand chased within 14 overs, with 8 wickets in hand.