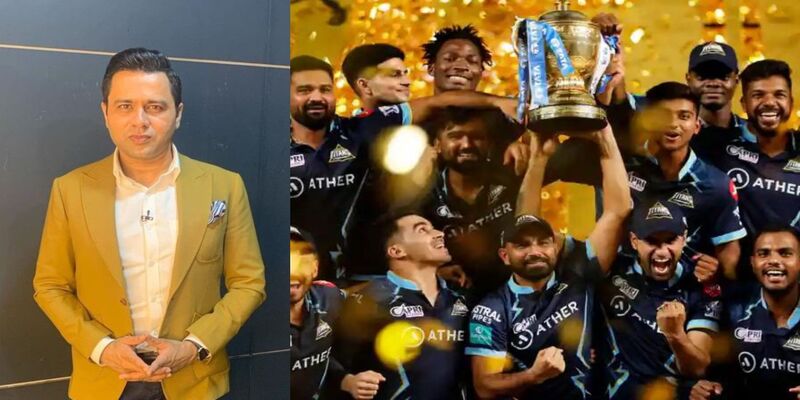 With the addition of two more teams, the 15th edition of the Indian Premier League ran for over two months. As everyone knows, very limited international games happen during the cash-rich tournament. However, with such a long tournament and if the BCCI decides to add a few more teams to the IPL, it will become more lengthy. The former Indian head coach, Ravi Shastri, has suggested two IPL seasons in the coming years.

And now, the former Indian opener, Aakash Chopra, has spoken in these regards and urged the support of two IPLs in one year. However, he has also said that this is not happening now. But surely in the coming five-six years, there can be a possibility for this to happen.

The Indian Premier League has always accepted the changes that can make this cash-rich league more entertaining for the fans. The most recent season saw two new teams make their debut, and one of them lifted the title as well.

Aakash, who has played in the IPL for KKR, reckons that the Board of Control for Cricket in India (BCCI) can consider it to organise two seasons in one year. In a video posted on his YouTube channel, he said that the big question is whether it will happen or not. Giving his personal opinion, he said that it would happen after a few years.

The cricketer turned commentator believes that the bigger IPL will happen after five years or after that. He concluded, “It will 100% happen. There will be a big IPL, where there will be 94 matches. And one small IPL, where all teams will play each other maybe once,“