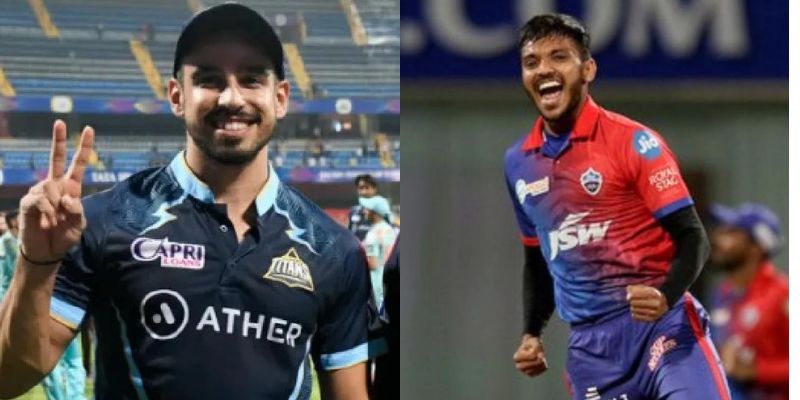 Royal Challengers Bangalore had a good outing in IPL 2022. Despite the shortcomings in the squad, the franchise managed to reach Qualifier 2 of the campaign. Nevertheless, the franchise will want to make improvements to the squad. On that note, in this article, we take a look at four players RCB must target in a trade deal before IPL 2023 Auctions.

RCB is one franchise that has used the trade window to good effect in the past. The likes of KL Rahul and Harshal Patel in the past were procured through this strategy. Hence, the franchise might stay active in the market to make a few good signings before the bidding event for next season.

Kartik Tyagi is one of the players RCB must target in a trade deal before the IPL 2023 Auctions. RCB struggled due to Mohammed Siraj’s poor form in IPL 2022. In terms of the balance of the squad, too, RCB would have been better off with an extra foreigner in the batting department.

These issues could get fixed with the arrival of Kartik Tyagi, who has faced a lack of game time at SRH. With Tyagi in the squad, RCB could afford to rest Josh Hazlewood. With this combination, an extra overseas batter could get placed in the XI. This will help the squad to field a balanced unit.

Just like Kartik, Chetan Sakariya is also short of games at Delhi. Hence, the player himself would want to move to a different franchise.

Chetan has been part of RCB before as a net bowler. RCB lacks a left-arm pace option and Chetan would be a good fit for the franchise. For the player, as well, learning from the likes of Harshal Patel would improve his skillset.

Evin Lewis is also one of the players RCB must target in a trade deal before the IPL 2023 Auctions. Ideally, RCB should have targeted the player at IPL 2022 Mega-Auctions. However, they went for Faf du Plessis, keeping in mind the South African’s captaincy potential.

Nevertheless, RCB should still target Evin Lewis. However, they must go after him only if they decide on dropping Faf from the XI. This way, Evin and Virat can pair up at the top. If Faf is still in the squad, Evin Lewis will not be useful for the franchise.

RCB has one spot in the batting order that is up for grabs. At the moment, since Rajat Patidar has already cemented his No.3 slot for next season, the No.5 role is still vacant. Mahipal Lomror played in this position but he was not exactly great.

Abhinav Manohar is one player who can operate in this spot. Being a local boy, the fanbase would also be pleased. Hence, RCB should target the Gujarat Titans cricketer.

“You’re a kid, behave like a kid” – Riyan Parag discloses what happened between him, Harshal Patel and Siraj in IPL 2022
“It will 100% happen” – Aakash Chopra backs the idea of two IPLs in one year
To Top