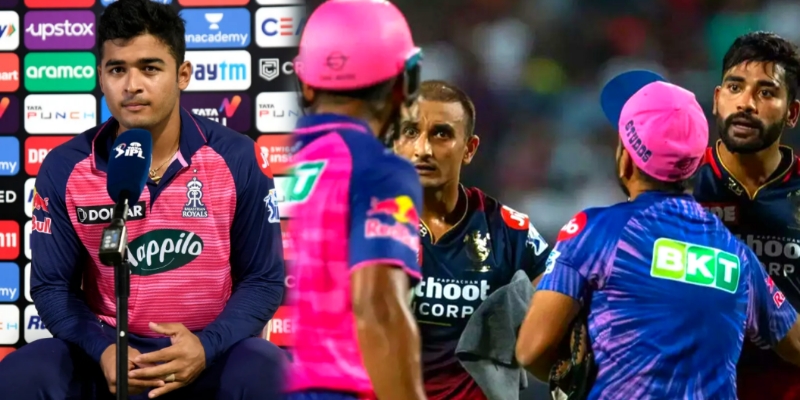 The 2022 season of the Indian Premier League (IPL) saw the inaugural Champions Rajasthan Royals appear in the final of the IPL for the first time after they won the inaugural IPL in 2008. However, eventually, the Gujarat Titans beat them to the Trophy.

But still, this was a great season for the Rajasthan based side. They went into the IPL 2022 Mega Auction with a perfect plan and built a perfect squad, that had superstars all around.

Many players contributed towards Rajasthan’s tremendous season, one of them is one other than their young prodigy Riyan Parag. While Assamese batsman didn’t had a good season with the bat in hand, he was exceptional with his fielding, taking 17 catches in as many matches.

His inning of 56 runs was quite important for the Royals in a Royals derby when they took on the Royal Challengers Bangalore. Even he was star with the bat in that match, it was all covered-up due to the altercation between him and the RCB’s Harshal Patel and Mohammed Siraj.

The incident happened after the end of the Rajasthan Royals inning when the Parag was caught having a verbal argument with Harshal Patel and Mohammed Siraj. Finally, Riyan Parag has disclosed what happened that night.

While talking on his Rooter gaming live stream, Riyan revealed that he just poked Harshal Patel after he smashed him for all those runs in the last over, just like Harshal did to him after dismissing him in IPL 2022.

“Last year, Harshal Patel had dismissed me when we were playing against RCB. I was walking back. Then, he made a hand gesture telling me to go away,” said Parag.

He continued, “when I hit him (Harshal) in the last over (against RCB in IPL 2022), I did the same gesture. I didn’t say anything, I didn’t abuse. But then, Siraj called me.

With Harshal and Siraj:- pic.twitter.com/xFPp5xurdE