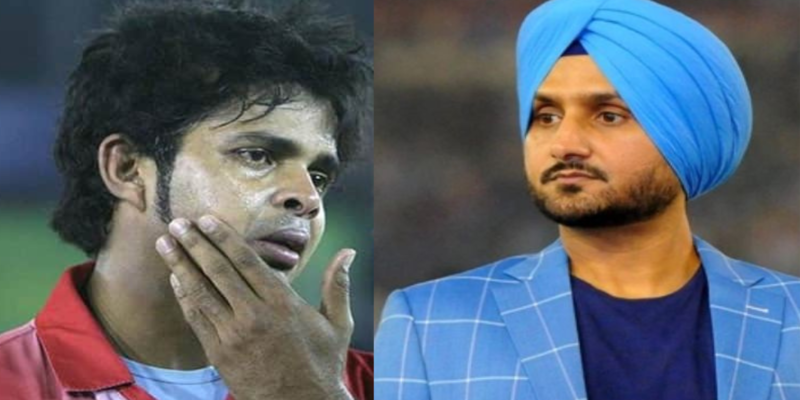 The Indian Premier League is definitely one of the biggest sports leagues in the world that truly entertains the fans. Season after season, it brings many memorable moments that are remembered for a long time. But sometimes it has also given some out-of-the-box incidents that have turned into controversies. And speaking of one such occurrence, it occurred during the first season of the cash-rich league in 2008.

This occurred following a match between the Mumbai Indians and the Kings XI Punjab (now Punjab Kings), when former Indian spinner Harbhajan Singh slapped former Indian pacer S. Sreesanth on the field. It is considered one of the most bizarre incidents ever to happen on a cricket field. However, Harbhajan apologised to Sreesanth after that, but still, it was an embarrassing moment for both former players.

However, the former off-spinner has opened up on that “slapgate” incident on Saturday. During an interaction on Glance LIVE Fest, Harbhajan Singh and Sreesanth joined through a video chat with presenter Vikram Sathaye, and the ex-spinnet said that he felt “embarrassed” about that incident.

Bhajji said that whatever happened on that day was totally wrong. He added that because of him, his teammates and he himself had to face embarrassment. Bhajji concluded, “If I had to correct one mistake, it was how I treated Sreesanth on the field. When I think about it, I feel there was no need.”

It happened when MI locked horns with PBKS and the off-spinner was leading Mumbai in the absence of Sachin Tendulkar. He didn’t like the way Sreesanth celebrated aggressively after taking a wicket of a Mumbai batter. Bhajji met him after the match and slapped him, and it was one of the shocking moments for everyone. PBKS won that match by 66 runs at Mohali. The pacer also broke down on the field after that.

Notably, both players were teammates during the 2011 ODI triumph for the Men in Blue.

“This team wouldn’t have been successful if” – Aakash Chopra reveals how Gujarat Titans won the IPL 2022
“You’re a kid, behave like a kid” – Riyan Parag discloses what happened between him, Harshal Patel and Siraj in IPL 2022
To Top