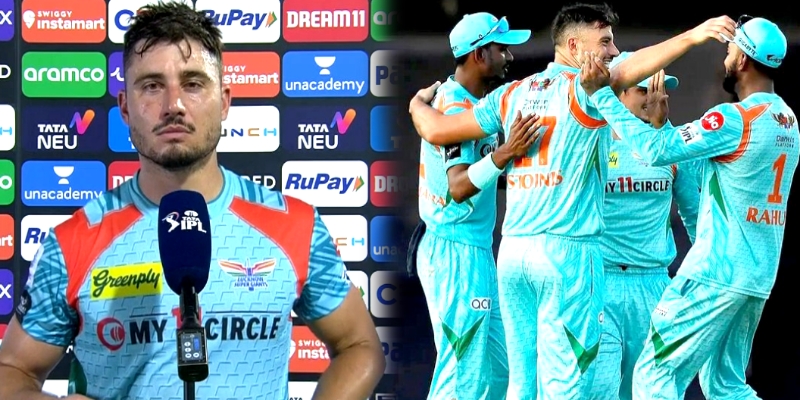 Experienced Australian all-rounder Marcus Stoinis has given a big reaction to playing for the Lucknow Super Giants in the Indian Premier League (IPL) 2022 season.

Before the Indian Premier League (IPL) 2022 Mega Auction, Marcus Stoinis was selected by the Lucknow Super Giants team through draft. He was selected in the team along with KL Rahul and Ravi Bishnoi. However, he could not perform as per the expectations. Stoinis could only manage 156 runs in 11 matches at a strike rate of 147.17.

He added that together with captain KL Rahul and owner Sanjiv Goenka, they are looking to build a team that can pose challenge for the next 10 to 15 years.

“The big reason I wanted to sign for Lucknow was to help build something from scratch,” said the Aussie all-rounder.

He continued that not everyone gets a chance to play with a new franchise, then mentioned how Shane Warne captained the Rajasthan Royals to first IPL Trophy and how he is still part of the team and the culture that he has brought to the team.