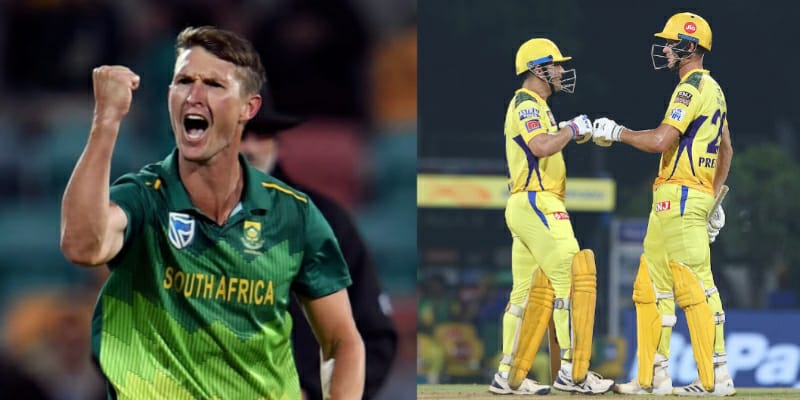 Dwaine Pretorius, a Proteas all-rounder, was one of the new recruits to the Chennai Super Kings squad in the IPL 2022, having been signed for a base fee of INR 50 lakh. While the squad had a bad season, they did have several good players, and Pretorius was one of them, as the all-rounder showed off his skills in the six games he played.

Pretorius aided MS Dhoni on the pitch while pursuing and played several composed shots in the league game against Mumbai Indians. His connection with the captain enabled the team to cover some ground in the death overs, with the latter winning the game in the final over.

The all-rounder has been named in South Africa’s squad for the forthcoming five-match T20I series against India, with both teams presently training in Delhi ahead of their first encounter. Pretorius was questioned about his takeaways from the cash-rich tournament during a news conference on Monday, June 6, ahead of the game.

In his six games, the 33-year-old batted alongside Dhoni four times, the most notable of which came against Mumbai Indians when the duo put on a 33-run partnership in 21 balls for the seventh wicket. He said the most important thing I learned from Dhoni is how calm he is at the crease and how much he tries to put pressure on the bowler rather than himself. He also said dhoni is always very optimistic and he always thinks anything is possible.