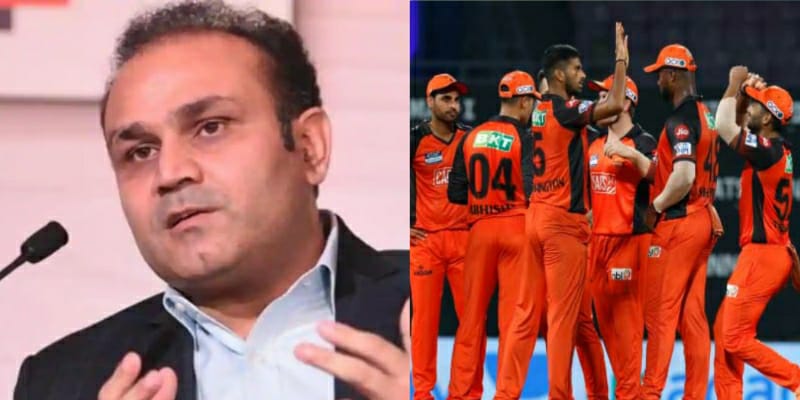 The IPL is officially done, and attention is turning to international cricket. The world witnessed numerous strong performances from hitters and bowlers throughout the IPL. Former India opener Virender Sehwag has chosen the greatest No 3 hitter of the IPL season now that the tournament is done. Sehwag believes Rahul Tripathi has been the best No 3 of the season . For Sunrisers Hyderabad, the uncapped Indian batsman scored 413 runs in 14 games which include 3 fifties in it.

“At No. 3, Rahul Tripathi batted quite well.” This season, he hit over 400 runs and was the top No. 3 batter in the league. If there is one player who has had the most success at No. 3 across all teams, it is Rahul Tripathi, who has scored so many runs at that position. Sehwag said on Cricbuzz that he has won multiple games for the Sunrisers Hyderabad and that he contributed a lot to SRH winning five matches in a row.

Tripathi’s impressive performance has yet to earn him a place on the national team. He has voiced his desire to play for his country in the past. If he keeps playing like this, a national call-up should not be far behind. In the domestic circuit, all eyes will be on him, and he’ll have to keep racking up the runs to stay on the radar. The issue with him, according to some, is that Virat Kohli is India’s No. 3 and he is competing with the ex-India captain for that position.

India will compete against South Africa in a 5 match T20I series starting from June 9. First match will be played at Delhi and the second one will be at Cuttack. Team India will be led by KL Rahul in the absence of the Hitman Rohit Sharma. KL Rahul will open the innings for India. It will be exciting to see who gets to pair up with him. Fans are expecting CSK opener Ruturaj Gaikwad to get a chance he deserved and also expecting Dinesh Karthik to play a finisher role for team India.