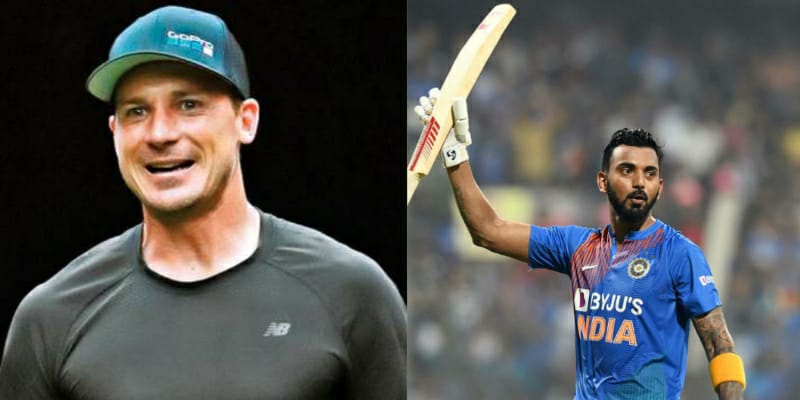 Dale Steyn, a former South African cricketer, hailed young Indian batsman Ruturaj Gaikwad, saying that he “looked pretty excellent” in the third T20I against South Africa. According to Steyn, Gaikwad always appears in control, reads the game well, and has no trouble with spin or pace. Gaikwad stands out, according to the former pacer, because he doesn’t look to be an aggressive player. Steyn then went on to compare Gaikwad to India opener KL Rahul, remarking how non-threatening he is and how still he stands.

In the IPL, you are usually up against the finest bowlers in the world when you start the batting. Ruturaj Gaikwad is up for it, whether it’s Kagiso Rabada or Lockie Ferguson. He also said Ruturaj Gaikwad had a little bit of luck in the last match but it’s all part of the game.

Dale Steyn said, “He kind of looks in a similar vein in which KL Rahul bats”.  He also said he still stands, as a bowler, what you want from the batsman. But Ruturaj Gaikwad can hit your best ball to the boundary.

Steyn, who is the fast-bowling coach for Sunrisers Hyderabad (SRH), witnessed Gaikwad bat up close during the 2022 Indian Premier League. Gaikwad scored 99 off 57 balls against Steyn’s ferocious bowling attack, which included Bhuvneshwar Kumar and Umran Malik, a teenage pace sensation.

Indian fans will be hoping for a batting masterclass from Ruturaj Gaikwad in the 4th T20I against South Africa which once again will be a must win for team India to keep the series alive.