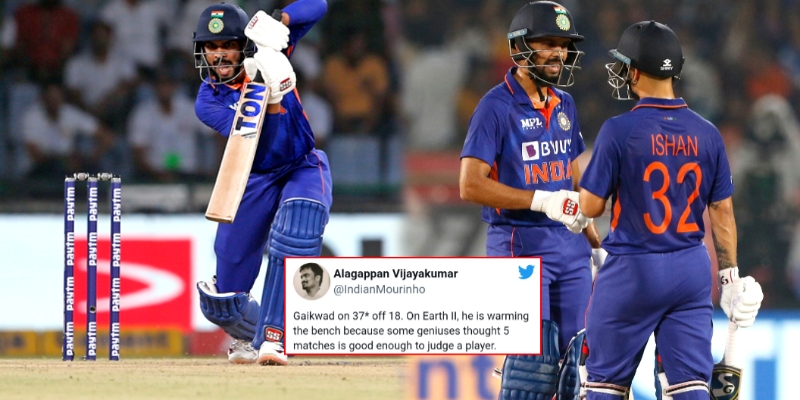 After a huge number of criticism after the first two matches of the series against South Africa, Ruturaj Gaikwad has reacted with a great comeback in the ongoing 3rd T20I being played in Vishakapatnam.

The 3rd match of the T20 International (T20I) series between Indian cricket team and the South African cricket team is currently on in Vishakapatnam, where team India is batting first.

For the third time in a row, India’s stand-in captain for the series, Rishabh Pant has lost the toss and India is batting first, just like the previous two matches of the series. Both the teams went with a unchanged Playing XI.

The supporters had their eyes set on Ruturaj Gaikwad, the man who has so far had a series to forget. Gaikwad received criticism for not scoring runs.

But tonight in Vishakapatnam, Gaikwad is in a different mood and in proving everyone wrong. While he got off a slow start, but when he accelerated, there was no stopping. He just took on the bowlers, including hitting Anrich Nortje for 5 consecutive boundaries in a over.

Twitterati praised the Maharashtra batsman for his performance tonight and so far scored 47 runs from 26 balls as of writing this.

Gaikwad on 37* off 18. On Earth II, he is warming the bench because some geniuses thought 5 matches is good enough to judge a player.

ruturaj gaikwad hiting prime pacers, we have seen that movie before