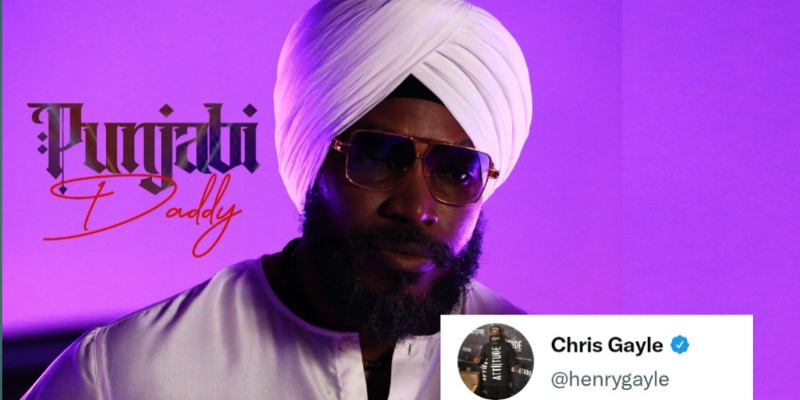 Indian Premier League is almost unimaginable without Chris Gayle. Apart from his batting shows, Gayle is also an entertainer off the field. The UAE leg of IPL 2021 is set to start on September 19th, and ahead of it, Chris Gayle poses in a turban and posted an interesting tweet. He announced that ‘”Punajbi Daddy” is going to release soon.

Punjab Kings struggled with their batting display in the first phase. While the Top 3 contributed consistently, the middle-order did not do very well. This is one aspect that KL Rahul and co. would like to improve. The team would also need Chris Gayle at his best.

Although he is known to be an opener, Gayle has adapted to the No.3 slot in a T20 XI. Especially after he started employing the percentage game, the No.3 role has suited Gayle. He has also responded by doing well with the task. In fact, even for West Indies, the Jamaican plays at No.3 now. At the upcoming T20 World Cup, too, this could be the case. Punjab Kings will want Gayle to do well, and for the player also, a good run could help him stay in good momentum ahead of the World Cup.

Chris Gayle poses in a turban

Gayle is always known to add the entertainment factor wherever he makes an appearance. He has recently taken to acting in music videos and the upcoming “Punjabi Daddy” could have him playing a Punjabi character. Around May this year, Gayle had shot for the video and had also posted pictures of it. It is likely that the clip will release soon during the IPL.

Meanwhile, Punjab Kings will start their campaign against Rajasthan Royals on 21st September. The team should do well in all the departments if they have to reach the playoffs.