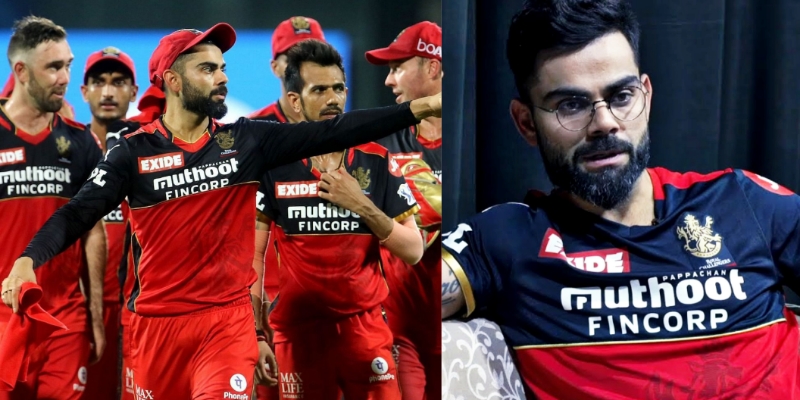 Batting sensation Virat Kohli shocked the world when he announced his decision to step down as India’s T20I captain as the Royal Challengers Bangalore’s captain after the T20 World Cup 2021 and IPL 2021 respectively.

While the Royal Challengers Bangalore (RCB) franchise is yet to announce the name of their next captain, Faf du Plessis is said to be the front-runner in this race.

However, Virat Kohli’s decision of stepping down as the captain of the national team and the franchise has still some fans shocked. Well, now the man himself has revealed to the world as why decided to step down as RCB’s skipper.

Virat Kohli revealed the story behind his decision on the Royal Challengers Bangalore’s official talk show the RCB Podcast. He stated that he is not someone who holds onto more than he should. He further added that even if he knows that he can do more, but when you don’t enjoy the process, it’s better not to do it.

Because it's very Difficult for people to understand your decisions unless they are in your situation. From the outside, people have their own expectations, Oh, how did that happen? We are so shocked. – Virat Kohli

He said that it is very difficult for people to understand the decision, unless they are in the same situation. Here, he once mentioned about managing workload, which he also reasoned behind stepping down as India’s T20I captain. “I wanted some space and I wanted to manage my workload and the story ends there,” added Kohli.

Virat Kohli has been a member of the Royal Challengers Bangalore (RCB) team from the inaugural season of the competition in 2008. He took over the reins as RCB captain in the year 2013 from the former New Zealand player Daniel Vettori.

Ever since then, Virat Kohli has been captaining the Royal Challengers Bangalore (RCB) franchise up until last year when he announced his decision to step down as the franchise’s captain, without winning the tournament once.