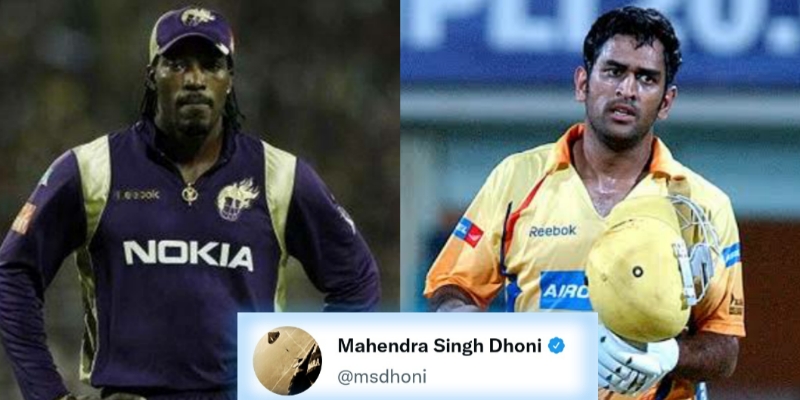 Mahendra Singh Dhoni and Chris Gayle are regarded as two of the most dangerous batsmen in the cricket world. Both batsmen can turn the game in a matter of a few deliveries. Both possess the ability to hit the ball hard and send the ball out of the park with consistency. Chris Gayle holds the record for the highest individual score (175) in the history of the Indian Premier League.

Today it is the birthday of the Universe Boss Chris Gayle, and on his special day, an old tweet made by MS Dhoni about him has been going viral on the micro-blogging platform. MS Dhoni made this tweet on the day when Chris Gayle played a 175-run knock against the Pune Warriors India team. At that time, Gayle was a part of the Royal Challengers Bangalore team.

Gayle opened the innings for the Royal Challengers Bangalore at the M. Chinnaswamy Stadium and played a magnificent knock of 175 runs from 66 deliveries. He came out to open the innings and remained unbeaten till the end. Gayle smashed 13 fours and 17 sixes in that innings where he had a strike rate of 265.15. Bhuvneshwar Kumar and Luke Wright were the only bowlers who had an economy rate of less than seven runs per over in that innings.

Soon after the innings of the Royal Challengers Bangalore ended, MS Dhoni pointed out how he made the right decision to become a wicket-keeper. Here’s what Dhoni had tweeted: