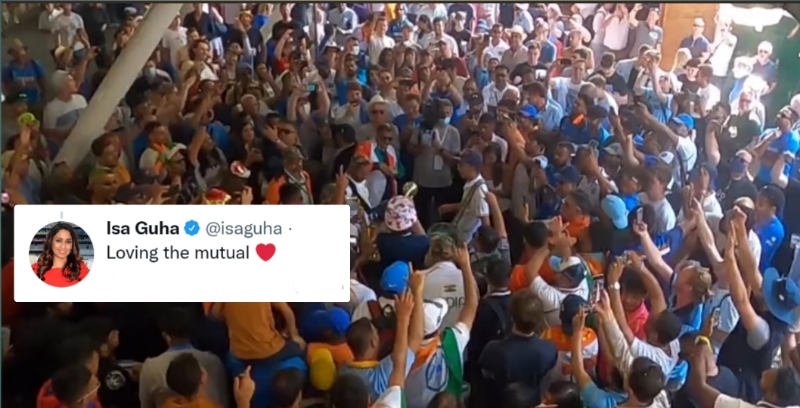 The two teams – India and England – played an ICC World Test Championship series earlier this year as well. India played host to that series. It was a part of the previous edition of the ICC World Test Championship. The series between India and England ended in India’s favor by a scoreline of 3-1. Now, the ongoing series is at 2-1 after four Test matches. If the fifth Test of the series ends in India’s favor, they will win again by a scoreline of 3-1. If it ends in a draw, England will still lose by 1-2.

During this series, The Bharat Army and The Barmy Army, fan clubs of two nations have been very active on social media. Recently, the Barmy Army shared a video on their official Twitter handle which has received a positive response from the entire cricket universe. It is a video featuring both India and England cricket team fans.

You can the watch video right here. In this video, we can see how the fans of India and England are dancing together to the popular Hindi song ‘Ye Dosti’. The tweet has received over 5,000 likes.

This song is called “Yeh Dosti” and is all about friendship never breaking 🏴󠁧󠁢󠁥󠁮󠁧󠁿🇮🇳#ENGvIND pic.twitter.com/fOhmoU5WRo

India and England to play 5th Test from tomorrow

The fifth Test of the series between India and England will start tomorrow. It will be interesting to see which team comes out on top. Many fans feel the Indian cricket team will win the match and secure the series by 3-1.