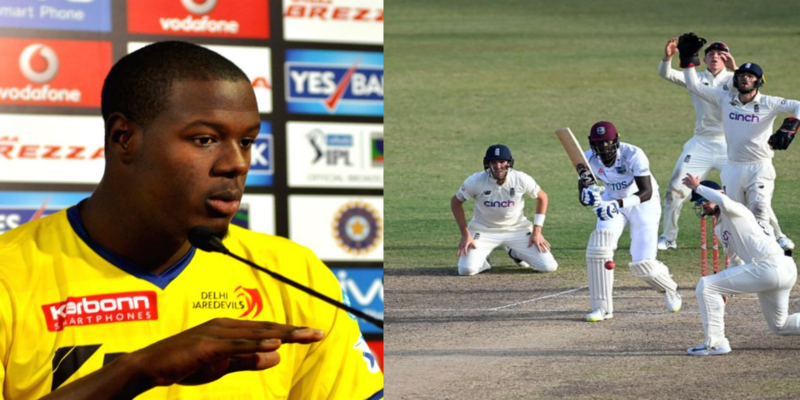 West Indies all-rounder Carlos Brathwaite has questioned England’s approach to dragging the match till the last ball and not settling for a draw when everyone knew which way the match was heading. Nkrumah Bonner (38*) and Jason Holder (37*) were unbeaten at the crease and looked comfortable at the crease. Brathwaite said that England behaved as if they could take six wickets in the last six balls of the innings. Although the pitch wasn’t doing much, still Joe Root stretched the innings till the last ball.

“It was a bit disrespectful” Carlos Brathwaite

The all-rounder said that the match went on longer than he expected. Because the pitch was good for batting and both the batters were set in the middle. Notably, Brathwaite expressed that it was a bit disrespectful in terms of looking at your opposition. He further added that with two set batsmen and a pitch not offering much, you can’t take 6 wickets in 10 overs. The all-rounder said, “England felt as though they could get six wickets in the last 10 overs going up until five balls left.”

Brathwaite didn’t look impressed either with the tactics of the English skipper. He said that what if they had been up against Australia in the Ashes, or India, New Zealand, or Pakistan? He also expressed that the West Indies are a better team than the visitors and that they played some good cricket in the first match. The all-rounder concluded, “now we have two Test matches to prove that we are better than England think we are.”