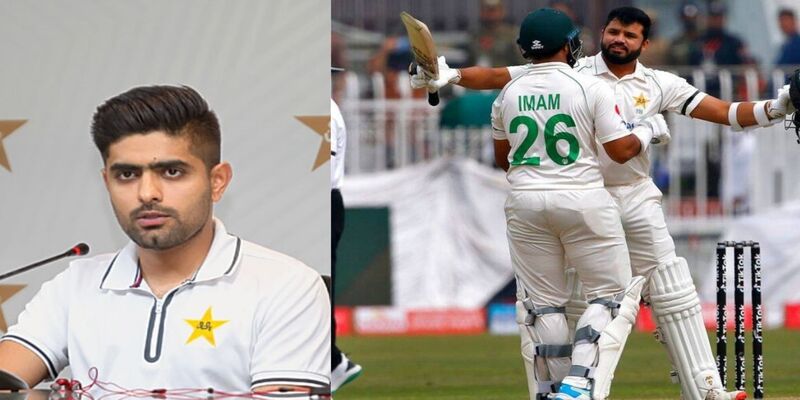 The second Test match of the Benaud-Qadir Trophy between Pakistan and Australia is underway. Both teams have moved towards the second match after playing a dead game at Rawalpindi. The first Test of the series ended in a draw, which got the attention of many Test lovers around the world. The pitch used in the first match didn’t have anything to offer for any kind of bowling. However, Pakistani skipper Babar Azam defended his players and said that they were far better than the visitors.

After the end of the first match, the PCB had to face a lot of criticism for making a dead pitch for the historic series. Batters from both teams scored more than 1150 runs in three innings of the game. On the other hand, the bowlers fought hard for the wickets and only 14 wickets fell during the entire match.

“We are confident enough to dominate Australia” Babar Azam

Before the start of the second match, the Pakistani skipper interacted with the media in order to discuss their preparations. The right-hander discussed their strategy for dealing with the Australian attack, and he appeared to be confident in his batters. However, one of the media people asked Babar about his phase if Australia’s bowling would get an extra edge and dominate the Pakistani batting.

The right-hander gave a confident answer to this; he said that his batters are confident enough to tackle any attack. The skipper said that nothing would happen if you walk in with a strong mindset. He replied, “Hoga to kuch bhi nahi, ye sochne se hota hai ki aap kis mindset se jate ho.”

The right-hander also hit back at the media person for asking such an unbiased question. Babar said that no one is sure what is going to happen. It is just about one day at a time. Earlier, he also defended his batters for scoring runs on a dead pitch. He expressed that the Men in Green dominated the visitors and scored runs at will.

The right-hander also praised both openers, Abdullah Shafique and Imam-ul-Haq, for making centuries in the first match. Shafique (136*) scored a century in the second innings, and Imam (157 & 111*) became the 11th Pakistani to score a century in both innings of a Test. Veteran batsman Azhar Ali (185) also scored a big hundred in the first innings.

The second Test will be more important for both teams. A win in the second match will give the side an unassailable lead in the series. Babar further added that his team needs to absorb the pressure to dominate Australia again.

Smriti Mandhana, Harmanpreet Kaur stars as India beat West Indies to take top spot in Women’s World Cup 2022
“Would they have done same with India or Australia” – Carlos Brathwaite blames Joe Root for being disrespectful towards West Indies
To Top