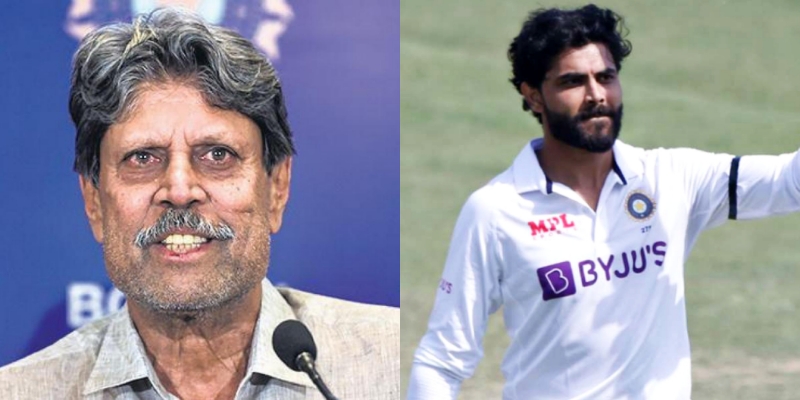 Former India captain and all-rounder and India’s first World Cup winning captain Kapil Dev has stated that he likes Ravindra Jadeja the most as the 33-year-old all-rounder does not come under pressure under any circumstances.

Ravindra Jadeja has become a superstar in the world and is currently the number 1 all-rounder in the world of cricket. He is a defination of all-rounder, someone who can bat, ball and field and Jadeja is master in all those department, which he is proving again in the ongoing series against Sri Lanka. And former India captain Kapil Dev also thinks the same.

The captain of the 1983 Cricket World Cup winning team said that the speciality of the left-handed batsman is that he enjoys every aspect of cricket and this could be the reason for his success.

Inaugurating North India’s first fully functional joint replacement robot at Sarvodaya Hospital, Faridabad, Kapil Dev said that he love Ravindra Jadeja’s game among new cricketers, because he plays without pressure. He added that Jadeja enjoys the game, he is good at bowling as well as batting and does a great job in fielding as well.

“I love Ravindra Jadeja’s game among the new cricketers because he plays without pressure,” said Kapil Dev.

Jadeja became the top-ranked all-rounder in the latest ICC Test Ranking, which was released on the 9th March after India’s win over Sri Lanka. Jadeja was star of the match as he produced his career best score, an unbeaten 175 with the bat and also took 9 wickets in India’s victory by an innings and 222 against Sri Lanka in the Mohali Test.