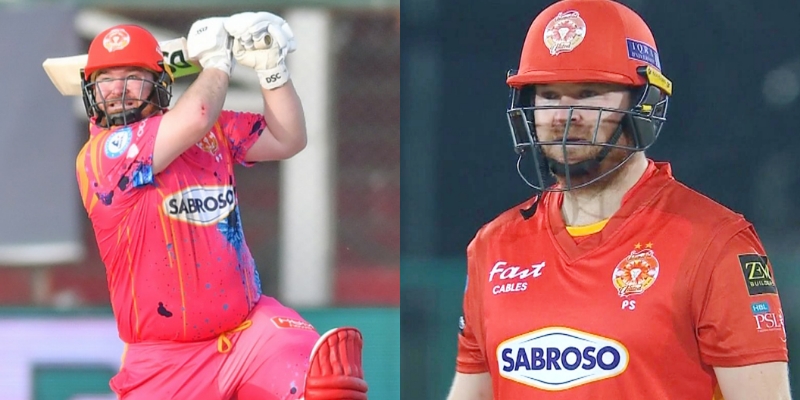 After a string of bad news for Islamabad United in the last couple of days, their fortunes have certainly made a huge turnaround, as after Alex Hales, Irish hard-hitting batsman Paul Stirling has made his return to the Islamabad United team for Eliminator 2 tonight.

Islamabad United were left with just only bare bones as about 4 overseas players of the Islamabad team had to leave the season midway, due to either injury or international duty.

The Irish opening batsman Paul Stirling was one of those players who had to leave the team midway to link up with his national team for the T20 World Cup 2022 qualifiers and the Quadrangular series in Oman.

His duty with the Ireland team came to an end on the 24th February in a losing effort against the United Arab Emirates (UAE) in the T20 World Cup 2022 Qualifier.

As like Alex Hales, the new amendments in place in the Pakistan Super League (PSL) 2022 allows a player to feature for his immediately without going into any quarantine mode. However, you must have a COVID-19 negative report upon arrival in Pakistan.

Islamabad United is taking on the Lahore Qalanders in the Eliminator 2 of the Pakistan Super League (PSL) 2022, the winner of which will then take on the Multan based Multan Sultans in the final of the PSL 2022 on the 27th February.

The arrival of Alex Hales came in handy for Islamabad United in their Eliminator 1 clash against the Peshawar Zalmi, where the former walked out victorious by 5 wickets in that. Alex Hales played a crucial role in that, scoring 62 runs of 49 balls.

“We all know how important the IPL” – Matthew Hayden criticizes Australian players for skipping Pakistan white-ball series for IPL 2022
“He is a very good option at No. 3” – Sanjay Bangar names Indian player who can be backup for Virat Kohli
To Top