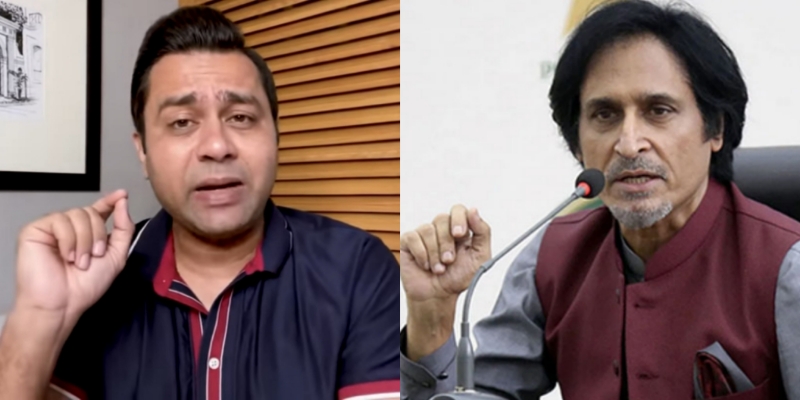 Former Indian cricketer and now a commentator, Aakash Chopra has taken a dig at Pakistan Cricket Board (PCB) chairman Ramiz Raja’s statement of introducing IPL’s Auction model instead of Draft system for the Pakistan Super League in the near future.

Indian Premier League (IPL) is the world’s biggest and richest T20 cricket league in the world, hosted by the Board of Control for Cricket in India (BCCI). Top players from around the world competes in this league, and while the tournament is on, there is International tournament or matches scheduled during that period.

While there have been many T20 cricket leagues formed after the grand success fo the Indian Premier League in its first season in 2008, those leagues have failed to give any competition to the IPL. To name a few, Australia’s Big Bash League (BBL), West Indies’ Caribbean Premier League (CPL) and Pakistan’s Pakistan Super League (PSL) are the closest but still far away from IPL.

Other than competitiveness and money in the tournament, what more makes it even interesting is that, it conducts a player auction before the start of the every season, where teams bid for the player they want, whereas in other leagues, a draft model is used and the salary is fixed category wise.

Recently, PCB chairman Ramiz Raja made a statement that PCB will do all required to introduce Auction model in PSL. He added to that when Auction will be there is PSL, all the top players will prefer PSL over IPL and no one would go to play in the IPL.

Reacting to that, former cricketer Aakash Chopra has hit back on Ramiz Raja for his statement. In a video on his YouTube channel, Aakash Chopra stated that even if PSL introduces Auction instead of Draft, there will never be a player playing for 16 crore in the PSL as the market dynamic won’t allow that.

Chopra stated, “Even if you do an auction instead of draft, it is not going to happen, you will not see a player playing for 16 crores in the PSL.”

He further gave an example of Chris Morris, stating that after he was bought 16 crore in IPL 2021, his one ball was worth more than the salary of a player in various other leagues.

The Pakistan Super League (PSL) 2022 season ended a few days back with Lahore Qalandars winning the tournament. As for the IPL, it will begin on the 26th March with CSK taking on KKR, while the final will be played on the 29th March.