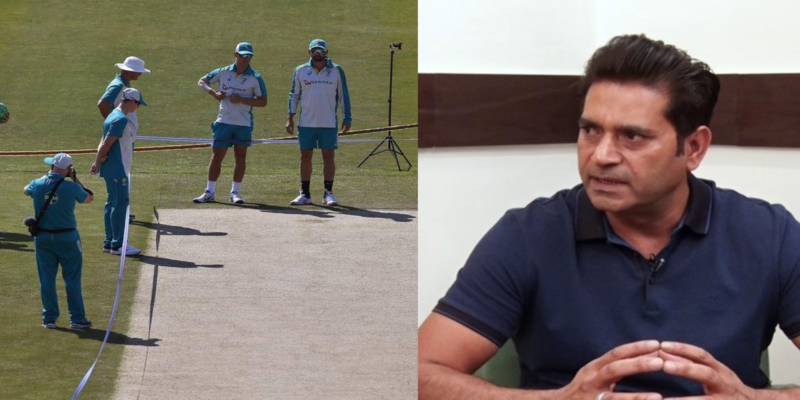 On Thursday, the second match between Pakistan and Australia also ended in a draw. Pakistan batted more than 171 overs to draw the second match and ended with a score of 443/7. And the second pitch at Karachi didn’t deteriorate throughout the five days of the test, and it looked easy for the batsmen to bat till the very end. Hence, both the test matches have ended in draws, and the series is equal at 0-0, with one match to play. Former Pakistani cricketer Aaqib Javed didn’t seem satisfied with the efforts of Pakistan and slammed the PCB for making both pitches flat.

Pitches at Rawalpindi and Karachi have caught the attention of the cricket world, and, as a result, the PCB has faced a lot of criticism. Many ex-cricketers have asked several questions over the pitches. The ICC has also rated the pitch at Pindi as “below average”. Javed also believes that Pakistani curators need to learn from Indian curators how to make spin-friendly wickets that can assist the home team. The former Pakistani cricketer also said that the Pakistani Board should take the required action to improve the pitches.

Speaking on his YouTube channel, Aaqib Javed said that the PCB should make the pitches for the Pakistani spinners. He gave the example of pitches in Mumbai, Chennai, and Bangalore. He said that India makes pitches that help their spinners, and that’s the reason that Indian spinners are so dominant in their home conditions. Javed also pointed out that Pakistan is yet to make any pure spin-friendly pitches that help the spinners.

After facing a lot of backlash because of the pitches in the first two matches, the Pakistan board asked for help from the ICC head curator. As per the media source, Toby Lumsden will look after the pitch at Lahore. Notably, as per the PCB sources, Ramiz Raza is also looking forward to improving the pitches in Pakistan. Speaking to News18, the source said, “Lumsden might also be given a longer assignment to help train the local curators.”