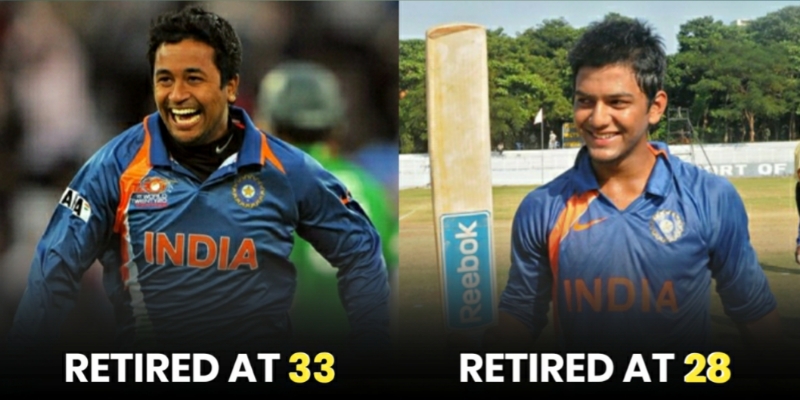 Hence, not every cricketer has been able to have a long stay in the Indian cricket team. Speaking of Indian cricketers, there have been players like Sachin Tendulkar who have played for decades. On the other side, there have also been a few cricketers who called it a day on their international careers early. Generally, the age after 35 is considered to be the one where the cricketers consider retiring.

In this listicle today, we will look at the five popular Indian cricketers who retired from international cricket earlier than expected.

1. One of the Indian cricketers to have won U-19 World Cup: Unmukt Chand

Unmukt Chand was the captain of the India U-19 squad that lifted the ICC U-19 World Cup in the year 2012. Unfortunately, Chand could never make it to the senior Indian team. He got contracts from IPL teams like Rajasthan Royals, Delhi Daredevils and Mumbai Indians.

However, the right-handed batsman could not realize his full potential. Now, he has retired from Indian team at the age of 28 and joined the Minor League Cricket in the USA.

Irfan Pathan is a former Indian all-rounder. He was one of the top left-arm pacers of the country during his prime. Pathan has now become a cricket commentator.

He also plays in the Road Safety World Series and the Lanka Premier League. The former Indian all-rounder had retired last year when he was 35.

3. One of the Indian cricketers to have won ICC World Cup: Suresh Raina

Suresh Raina was a member of the Indian squad that won the 2011 Cricket World Cup on home soil. Raina even captained the Indian cricket team in a few international matches during his career.

The all-rounder retired along with Mahendra Singh Dhoni on August 15, 2020. He was only 33 years old when he took this decision. Raina will be in action soon, playing for the Chennai Super Kings in IPL 2021.

Sudeep Tyagi is another fast bowler to appear on this list. Tyagi played for the Chennai Super Kings in the IPL, and later on, he made his international debut as well.

Unfortunately, Tyagi could not have a lengthy international career with the Indian cricket team. The right-arm pacer announced his retirement in November 2020 when he was 33 years old.

Ojha was once considered as the best left-arm spin bowler in the country. However, the issues related with his bowling action led to his downfall. Ojha retired from international cricket in February 2020 at the age of 33 years.