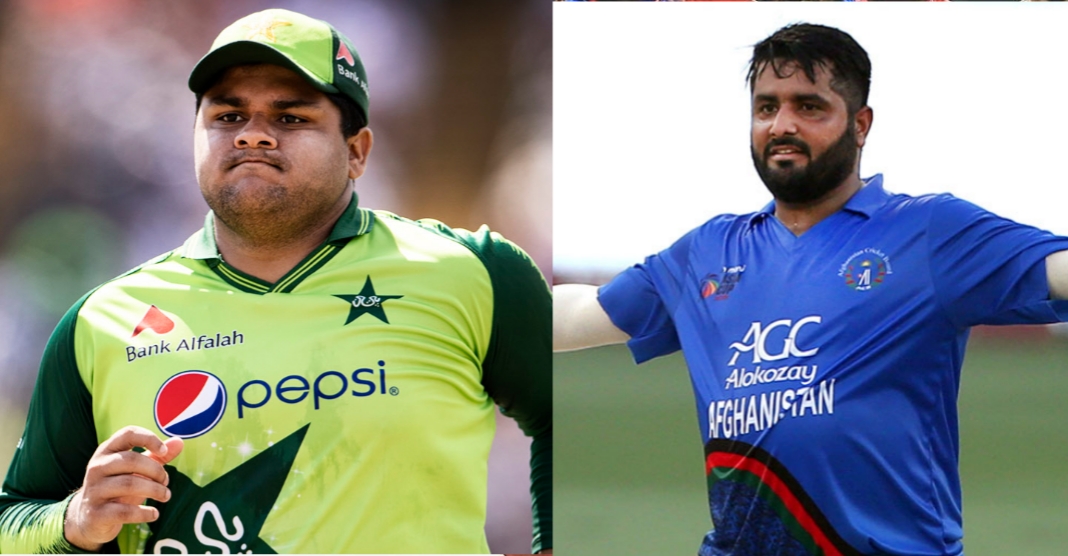 Cricketers have become fashion icons and global celebrities in the year 2021. More and more brands want to associate themselves with the sport. Also, the cricketers have been aiming to improve their fitness levels so as to achieve the maximum success on the field.

Players like Virat Kohli, Manish Pandey, Shreyas Iyer, Jasprit Bumrah, MS Dhoni and many others have worked very hard on their fitness. However, a few narrow-minded fans have questioned a few cricketers who had a little more weight than the other players. In this article, we will look at five cricketers whom a few members of the cricket universe questioned for their body weight but they proved the critics wrong.

1. One of the latest cricketers to play for Pakistan: Azam Khan

Azam Khan is the son of former Pakistani cricketer Moin Khan. Many fans would have spotted him in the Pakistan cricket team, playing against England recently. Azam has also played in the Pakistan Super League and the Lanka Premier League.

He is famous for his big-hitting power. However, a few fans have targeted whenever he has failed. Khan has ignored all and worked on his fitness as well to ensure he has a long career in the international arena.

Some fans were surprised to see him playing international cricket because of his body weight. However, Leverock silenced his critics by taking an incredible catch against the Indian cricket team at the grand stage of World Cup in the year 2007.

Rahkeem Cornwall is a current member of the West Indies cricket team. He is a big-hitter of the ball like Azam Khan, and he can also bowl off-spin.

Cornwall has played eight Test matches for the West Indies cricket team so far, scoring 186 runs and picking up 32 wickets. The all-rounder has played for the St Lucia Stars and the Antigua Hawkbills in the Caribbean Premier League.

4. One of the most successful Pakistani cricketers: Inzamam-ul-Haq

#OnThisDay in 2007. After 499 appearances and over 20,000 runs, Inzamam-Ul-Haq retired from Internation Cricket #Cricket pic.twitter.com/OQgVyb6yOT

Inzamam-ul-Haq is a former Pakistan cricket team captain. Although many fans trolled him for his body weight, Haq silenced them with his batting performances.

Back in 1997, when Inzamam was playing a match in Toronto, a spectator called him ‘Aloo‘ (Potato). Then, Inzamam had a confrontation with that fan. But thanks to his performances with the bat, Haq will be remembered as one of the best batsmen to have played for Pakistan.

A solid start for Afghanistan in today's ODI!

Mohammad Shahzad is a wicket-keeper batsman from Afghanistan. He idolizes MS Dhoni, and Shahzad has played some big shots like Dhoni in his career.

Shahzad was in the Afghanistan team that participated in the 2019 Cricket World Cup. However, he could not play the entire tournament. Shahzad has also done well in the T10 League, but sometimes, fans on social media have made statements on him related to his weight. Still, Shahzad’s batting performance has helped him overcome all trolls.