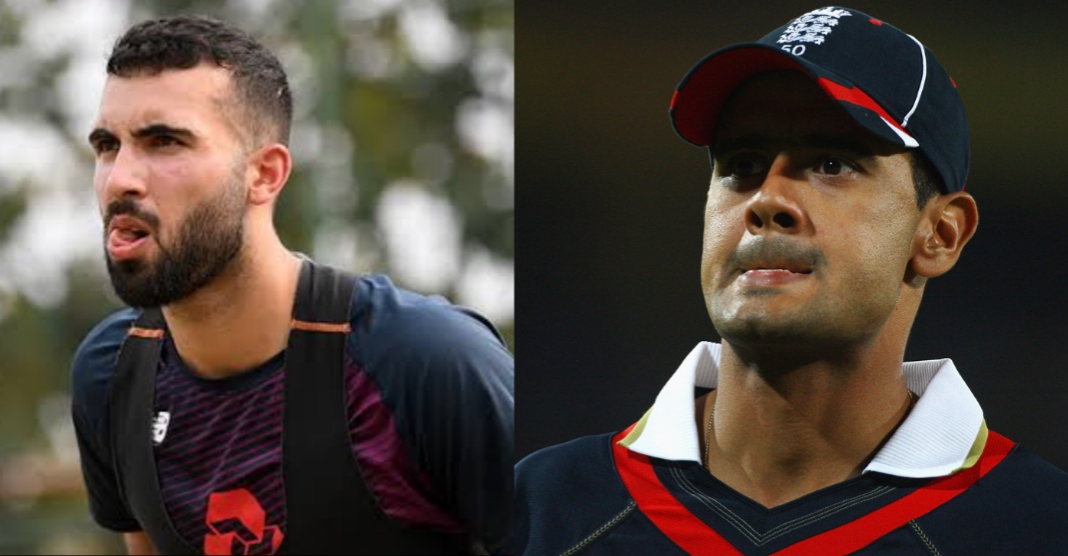 England has become one of the powerhouses in cricket. The English team captured the 2019 Cricket World Cup trophy on home soil. They have set a new benchmark in the limited-overs arena.

However, a different thing that has happened in English cricket is that players from all over the world play for the English side. For example, the English side’s current captain in ODIs and T20Is, Eoin Morgan once played for the Ireland cricket team. Similarly, Jofra Archer played for the West Indies U-19s, whereas Sam Curran once turned up for the Zimbabwean team in age-group level competitions.

Several cricketers of Pakistani origin have also represented the English team. Here’s a look at seven such players.

Owais Shah is one of the few cricketers to have born in Pakistan and played international cricket for England. Shah was a right-handed batsman.

He was born in Karachi, Sind. The 42-year-old represented the English cricket team in six Tests, 71 ODIs and 17 T20Is. He recorded one century in the international arena.

Adil Rashid is one of the top leg-spinners in the world. Many fans consider him as one of the best spinners to have played for the English side in the white-ball arena.

However, not many members of cricket universe would know that Rashid is of Pakistani descent. He was born in West Yorkshire, but he hails from Mirpur community.

But Moeen can bat as well and he bowls right-arm off spin, not leg spin. Moeen has been an important player for England in all formats.

Kabir Ali is a former Pakistani British cricketer who played one Test match for the English cricket team. Kabir was a right-arm fast bowler.

He took five wickets in his only Test appearance for England. Besides, Kabir played 14 ODI matches, scalping 20 wickets for England.

Saqib Mahmood recently came into the limelight after his superb performances in the home series against Pakistan. He got a chance to play after England were forced to play a second-string squad.

Mahmood troubled the Pakistani batsmen, especially Babar Azam a lot in the white-ball series. Many fans would know by now that Saqib’s parents were born in Pakistan.

Zafar Ansari is 29-year-old spin-bowling all-rounder from Yorkshire. The left-arm spinner has played three Tests and one ODI for the English side.

Ansari’s father Professor Khizar Humayun Ansari was born in Pakistan. Unfortunately, Zafar retired from international cricket at the age of 25.

Ajmal Shahzad is a right-arm fast bowler who belongs to a family having Pakistani background. Shahzad played one Test for England, where he took four wickets.