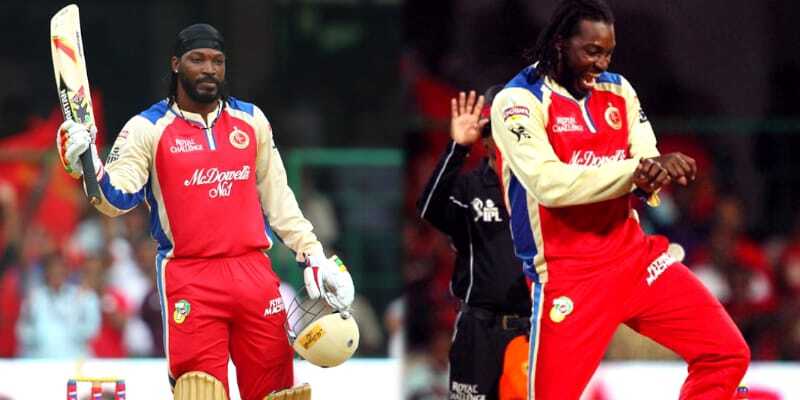 The Indian Premier League (IPL) always offers some extraordinary performances from top players across the globe. That is one of the reasons that fans love this cash-rich league: it brings the top players from the game together, and they play in some high-profile games.

We have seen many big-hitters and some great bowlers playing in the IPL. But some of the best all-rounders have also made their mark in this cash-rich league and delivered some unbelievable performances with both bat and ball in a single game. So in this article, we will cover the top five performances of the players scoring 50+ runs and taking three wickets in the same game.

Yuvraj Singh was one of the multi-dimensional cricketers for India. He has also shown many times that he is more than a useful bowler. This was the 16th match between the Pune Warriors and Delhi Daredevils (now Delhi Capitals). Batting first, Pune posted a target of 187/5.

Jessy Ryder scored 60 runs and Yuvraj scored an unbeaten 66* off 32 balls.However, DC chased down the target and won the match, but Yuvraj was equally good with the ball in this match. He registered a figure of 4/29 runs along with 66* with the bat.

If you have followed the IPL since its inception, then you would definitely know this name, Paul Valthaty. He was the first Indian centurion in the IPL, and not many would know that he was a more than useful bowler as well. This was the 15th match between the Deccan Chargers and Kings XI Punjab (now Punjab Kings). Batting first, the Deccan Chargers posted 165/8 in their 20 overs.

For Punjab, Valthaty picked up four important wickets for just 29 runs. Chasing the target, the Punjab openers came out with an aggressive intent. Both Gilchrist and Valthaty added 136 runs for the first wicket and took DC out of the game. Gilchrist scored 61 runs and Valthaty was the top-scorer with 75 runs. He also won the MOM for his 4/29 and 75 runs in same match.

Yuvraj Singh has been an under-rated all-rounder in Indian cricket. But his all-round skills were one of the reasons for India’s winning the 2011 ODI World Cup. This was the 35th match of the 2014 season between RCB and RR. Batting first, Royal Challengers Bangalore posted a competitive target of 190/5 in their 20 overs. The top-scorer was Yuvraj Singh, who came to bat at a difficult position of 3/40 and played a brilliant cameo. The left-hander scored 83 off just 38 balls.

Chasing the target, RR had a decent start and the openers added 54 runs. But once the opening partnership was broken, RR lost a bit of momentum. The RCB bowlers, especially Yuvraj Singh, took four wickets out of five that fell. He bowled a brilliant spell of 4/35. But RR, in the end, chased down that target and RCB lost the match despite an extraordinary performance from Yuvraj.

Shane Watson is considered one of the best all-rounders that the game has seen. He has done a terrific job with his all-round skills, whether it is the IPL or international cricket. This was the 66th match between MI and RR. Mumbai won the toss and elected to bat first, but didn’t have a great start. The MI batters looked clueless against the RR bowlers and could only manage 133/5 runs in their 20 overs. Rohit Sharma was the top scorer with 58 runs.

Watson, who came to bowl in the power-play, picked up three wickets and registered a figure of 3/19.Then, coming out to open the batting, the Australian all-rounder smashed the MI bowlers to all parts of the ground, and RR chased down the target in just 13.1 overs and won the match by 10 wickets. Watson remained unbeaten on 89* off 47 balls, and Dravid supported him well and scored 43* off 32. Watson won the MOM for his 3/19 and 89* in the match.

This was the 47th fixture of the 2011 IPL season between Royal Challengers Bangalore and Kings XI Punjab (now Punjab Kings) at Chinnaswamy Stadium. Punjab won the toss and asked RCB to bat first. But that decision totally backfired then. Because Chris Gayle single-handedly set the game for RCB with a brilliant century. The left-hander scored 107 off 49 to help his team post 205/6.

Chasing the target, Punjab did start well and kept losing regular wickets. The centurion from the first innings also changed the game with the ball in his hand. Gayle picked up three wickets and gave away just 21 runs. The left-hander won MOM for his 107 and 3/21 in the match.

With Amazon out, here are all the contenders to compete for IPL Media Rights
3 players Delhi Capitals may release before IPL 2023
To Top