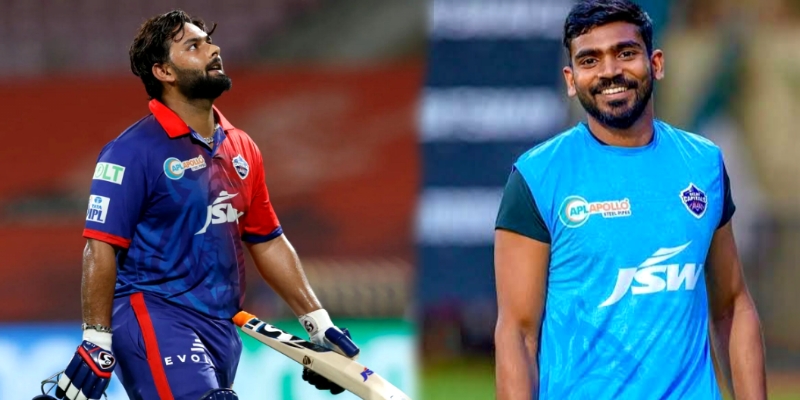 The journey for Delhi Capitals, captained by Rishabh Pant, was full of ups and downs in the 15th season of the Indian Premier League. Delhi Capitals had been making it to the playoffs continuously for the last 3 years. In IPL 2022 too, the team was being considered as a strong contender for the title. But due to many problems including non-availability of players, they could not be able to make it to the playoffs.

During the league phase, Delhi Capitals still had the opportunity to make it to the playoffs, that was ruined by the Mumbai Indians in their last match as they Delhi ended the season having won 7 matches out of 14. Now for the next season, the Capitals would like to return with more strength, for this the team may have to say goodbye to 3 players.

Right-handed batsman Mandeep Singh was included in the team in the IPL 2022 Mega Auction by paying Rs 1.10 crore. Mandeep Singh, who has been a part of the Indian Premier League since 2010, is now counted in the category of experienced batsmen. But his game has disappointed immensely in IPL 2022.

Srikar Bharat was a part of the Delhi Capitals camp in IPL 2022 as a wicket-keeper batsman. Last year, playing for the Royal Challengers Bangalore, Bharat made the headlines by winning the match for his team by hitting a six against Delhi on the last ball. After which, the team included his services from the IPL 2022 Mega Auction.

Srikar Bharat was associated with Delhi Capitals on a huge amount of 2 crores. But he did not get much opportunities in IPL 2022, as captain Rishabh Pant himself was present as a wicketkeeper. This year Bharat scored 8 runs in just 2 matches, after which it may be difficult for him to continue with the franchise for the next season.

Lungi Ngidi, the South African cricket team pace bowler, who previously played for CKS, did not get a chance to play a single match despite being a part of the Delhi Capitals squad. With only 4 foreign players allowed to play in a match, Lungi Ngidi found it hard to make it to the Playing XI.

In such a situation, there is a possibility that for the next season, Delhi Capitals may release Lungi Ngidi and will bet on the Indian player as his substitute.