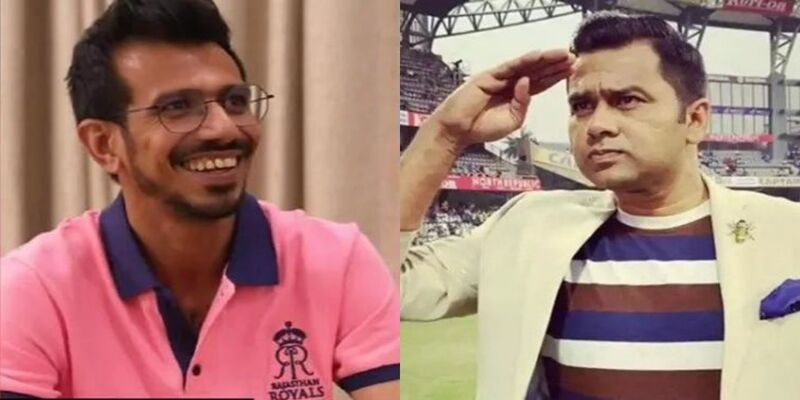 On Sunday, the fans saw another comedy of events from the veteran Indian spinner, Yuzvendra Chahal. The incident happened during the match between Chennai Super Kings and Punjab Kings on April 3. English batsman Liam Livingstone hit a monster six off Mukesh Choudhary in the fifth over of the innings.

Later, it was shown on the big screen that the ball went 108 metres. This was the longest six of the TATA IPL 2022 so far. And with this, cricketer turned commentator Aakash Chopra came up with a reaction to that six. Aakash took to his official Twitter account and tweeted, “100+ metre six should be given an 8.”

However, Rajasthan spinner Yuzi Chahal, who is known for his funny tweets on social media, came up with another hilarious reply to the tweet from the former India opener. The new changes have made the game more in favor of the batter. And after checking the tweet that was in favor of the batsmen, the leg-spinner gave a cheeky reply. Chahal replied, saying that if the 100+ meter six should be eight runs, then the bowlers should get a wicket after bowling three dot balls.

After getting the reply from the leg-spinner, the 44-year-old was forced to rethink his previous tweet. Later, he came up with a more logical tweet. Aakash tweeted in reply, saying that bowlers should also get an advantage if they get wickets. He said if a bowler gets three wickets in a match, he should get a chance to bowl an extra over. He also gave clarification on his previous tweet. The 44-year-old said that if a batter knows that a 100-metre six will give you eight runs, then the batsmen will try to go long. That will help the bowlers get wickets. Aakash said, “Someone trying to hit you for a 100-metre six (because it’s an 8), good chance that he’ll lose shape…risk-reward.”

T20 cricket is a total batters’ dominating game. They get the licence from ball one to go and hit bowlers. So what do you think about how this rule will help the bowlers? Or does it make any sense for the game?