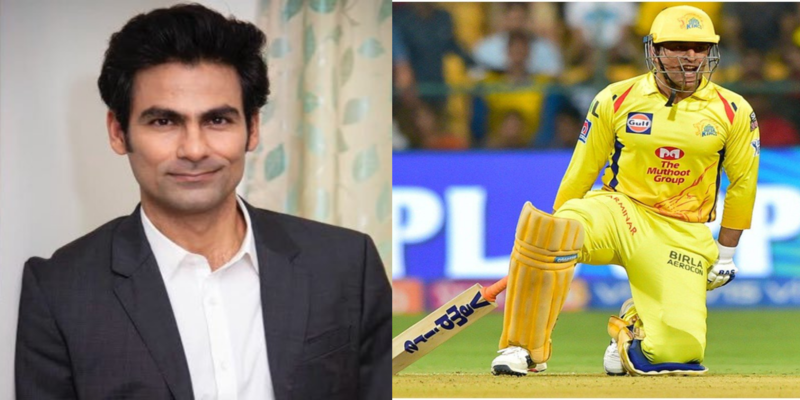 The 15th edition of the Indian Premier League is underway. With two more teams added this season, it has made the TATA IPL 2022 more exciting and challenging. Hence, some top teams are getting beaten by other teams. The defending champions, the Chennai Super Kings, haven’t had a great start to the season. They have lost both of their opening games and are yet to open their account. But CSK fans are treated to the performance of vintage Dhoni and his finishing skills in both matches.

Just two days prior to the first game against KKR, MS Dhoni stepped down from the captaincy. He is now playing without any captaincy burden, and that has also shown in his performance. In the first match of the tournament against KKR, he became the oldest player to score a half-century in the IPL.

In the second game against LSG, he came at the end with a quick cameo of 16* off 6 balls. Former Indian cricketer Mohammad Kaif also heaped praise on MS Dhoni’s performances so far.

Kaif is a part of the Star Sports broadcasting team during the IPL. During an interaction on the show “Match Ki Baat” by Sportskeeda, before the clash between CSK and PBKS, he shared his thoughts on MSD. He said that Dhoni is getting old, but he is not finished yet. Instead, he is the best finisher in the game. Kaif also pointed out that many people talk about Dhoni retiring from the IPL, but he has grown better every season.

The former CSK skipper has remained unbeaten in both the innings he has played so far. In IPL 2022, he scored 66 runs in two innings. Kaif also stated that we will see a new Dhoni this season. He said, “This year we might see the vintage Dhoni that we knew who used to start hitting boundaries from ball one.”

Chennai Super Kings will face Punjab Kings on Sunday, April 3 at 7:30 PM at Brabourne Stadium. After losing their last two matches, CSK would be eager to win this and make some moves on the points table.