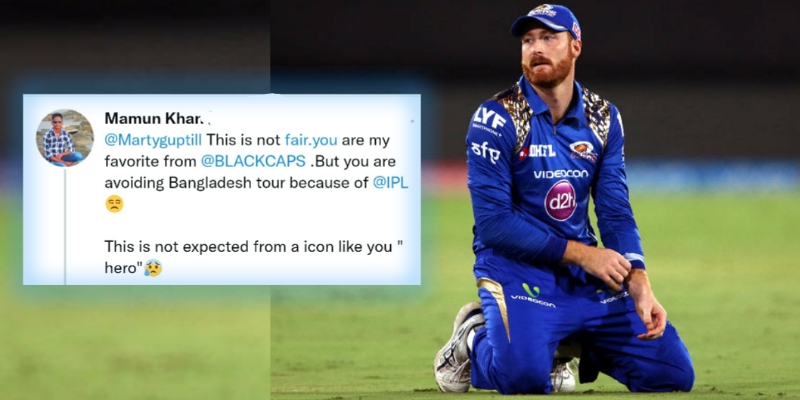 Many fans were unhappy in Pakistan and Bangladesh because their home teams were playing against the ‘B’ teams of New Zealand. One of the star players missing in the squad for Bangladesh was Martin Guptill, who was a member of the playing XI of the New Zealand cricket team in the 2019 Cricket World Cup Final.

An unhappy Bangladeshi fan had sent a message to Martin Guptill

A Twitter user had sent the following message to Guptill: “This is not fair. You are my favorite from @BLACKCAPS .But you are avoiding Bangladesh tour because of IPL This is not expected from a icon like you.” Soon, he received the following reply from Guptill, who does not have an IPL contract.

“I’m not sure where you get your information from but I’m not in the IPL.”

I’m not sure where you get your information from but I’m not in the IPL.