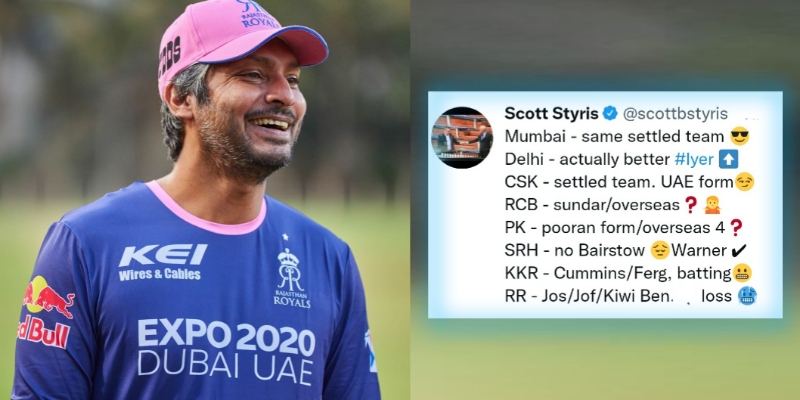 The second phase of the 14th edition of the world’s grandest T20 league, the Indian Premier League, is all set to kick off from September 19 onwards in the United Arab Emirates. The first match of Phase 2 will feature Mumbai Indians and Chennai Super Kings. Fans will also have their eyes on Rajasthan Royals because they have made quite a few new signings ahead of the second phase of the competition.

Unfortunately, the Rajasthan Royals did not have the services of Ben Stokes, Jos Buttler and Jofra Archer available for the second phase of the competition. As a result, they have roped in the trio of Evin Lewis, Glenn Philipps and Oshane Thomas as replacements. Also, Australian fast bowler Andrew Tye opted out of the competition, and RR have added the world number one T20I bowler right now, Tabraiz Shamsi.

While the Royals squad looks strong on paper, former New Zealand cricket team all-rounder Scott Styris believes that they are the weakest right now. He recently released his IPL 2021 Power Rankings ahead of the Phase 2 of the competition. Notably, Styris clarified in the first part of his tweet that: “POWER RANKINGS (way way too early) for IPL 2021 part Two Without knowing who is playing and any new individual roles.”