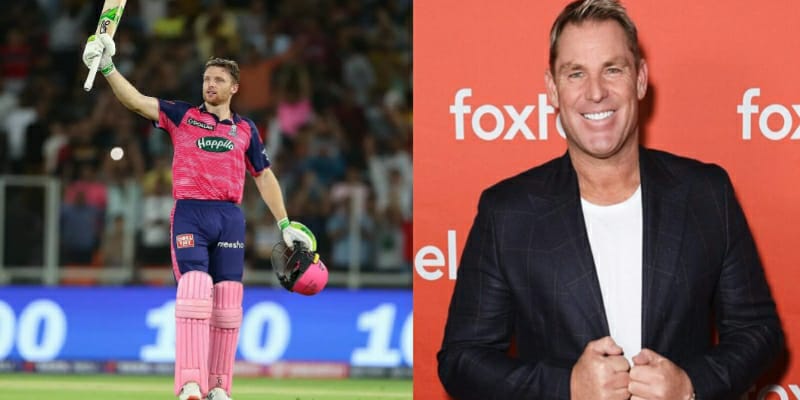 Rajasthan Royals marched into the final of IPL 2022 after beating Royal Challengers Bangalore by 7 wickets during Qualifier 2 in Ahmedabad. Jos Buttler equalled Virat Kohli’s record of most centuries in a single Indian Premier League season as his unbeaten 106 off 60 deliveries guides Rajasthan Royals to their first IPL Final in 14 years on Friday at the Narendra Modi Stadium.

Choosing to bowl first, the Royals were able to restrict RCB to 157/8 in 20 overs thanks to some excellent bowling from Prasidh Krishna and Obed McCoy. Both bowlers took three wickets each, with Rajat Patidar leading the RCB hitters with a fifty. But it was when Jos Buttler stepped out to bat in the middle and single-handedly got the Rajasthan team over the line that the real drama began. Buttler hit his fourth century of the tournament and was undefeated on 106 off 60 deliveries to lead the side to victory.

Following the team’s success, he had some heartfelt words to say, dedicating it to former Rajasthan Royals skipper and the first ever IPL winner, Shane Warne. Jos Buttler dedicated the victory to Shane Warne, the recently deceased former Rajasthan captain. When speaking at the post-match trophy ceremony he said that, “Shane Warne is such an influential figure for the Rajasthan Royals and having led the team to success in the first season, we will miss him dearly, but we know he is looking down on us with a lot of pride today.”