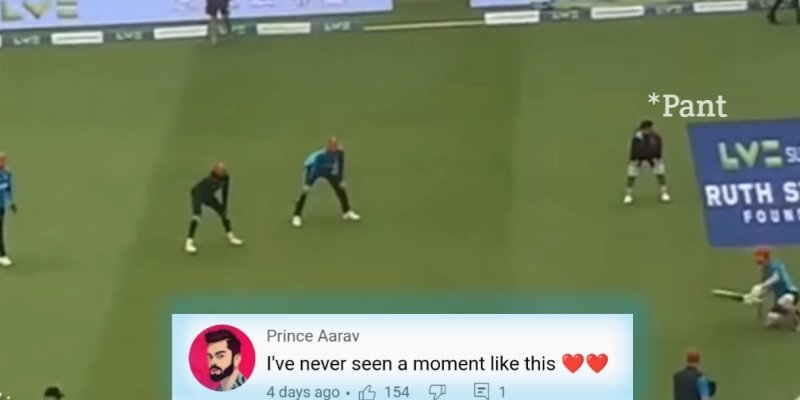 We have seen friendlies in cricket, and then we were fortunate to witness Rishabh Pant. One of India’s most animated characters in the national team, Rishabh Pant, recently pulled off another antique that left Tony Greig in splits.

In a video shared by Michael Vaughan on his Insta handle during the second Test match at Lord’s, Pant was seen keeping alongside the English slip cordon that comprised Bairstow, Rory Burns, and Paul Collingwood.

Ideally, in a cricket match, there are countless scenes of rivalry heat up the game. The latest one happened on the last day of the Test match when Bumrah was batting, and there was a heated exchange between him and the English fielders that was followed by a rollicking boundary.

However, there are scenes involving the best of the lot coming together to form a camaraderie beyond the national barriers and promote sportsmanship at the most acceptable level.

Geoffrey Boycott was seen commentating in the video where he found it incredible to watch Pant standing behind the timbre and pointing his gloves at the other English fielders.

This banter and moments of friendship are the ones that define the bond that these cricketers share amongst themselves behind the scenes of heated rivalry and intense contests on the field.

Pant is still to fire at his fullest blast and has come close to garnering a few runs, but they haven’t created the coveted impact that could have left England reeling. India is currently ahead in the series as they have managed to beat England at Lord’s.

The opening Test also seemed to be tipped heavily in favor of India until rain played spoilsport. It has so far been a show of predominance from the fast bowlers with occasional bursts of brilliance from the batters. The next Test match is scheduled to happen at Headingley and will be starting from the 25th of August.