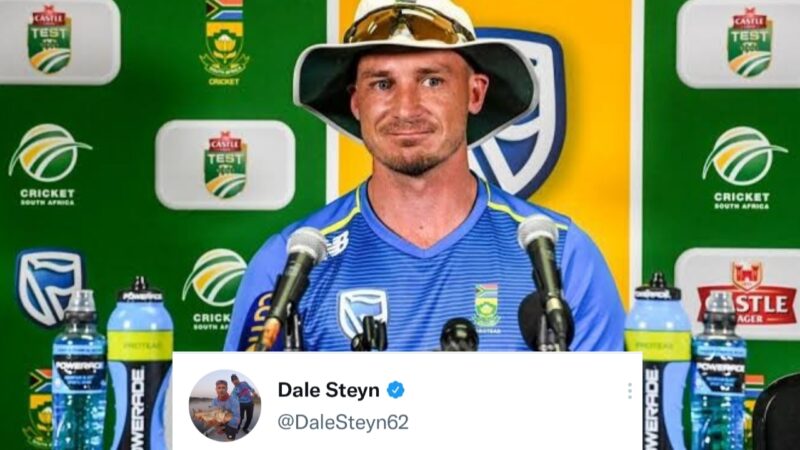 Dale Steyn does not play cricket regularly now. However, the South African speedster has been in the news by making some big statements on air and on various shows. Currently, he works as a cricket expert for ESPNCricinfo. Steyn regularly offers his views on the happenings in the cricket world.

Recently, ESPNCricinfo asked its fans on Instagram to select the best photo in cricket history. In case you didn’t know, the entire world celebrated the ‘World Photography Day’ yesterday. Dale Steyn made his presence felt in the comments box of the Instagram post by ESPNCricinfo. He picked the photo of Jonty Rhodes running out Inzamam-ul-Haq in a match between South Africa and Pakistan from the 1992 World Cup.

“Jonty Rhodes diving run out 92 WC,” Dale Steyn replied to ESPNCricinfo. The cricket website responded to Steyn on Twitter and posted the photo of Rhodes’ run out. They captioned it as: “The best moments are always blurry. Solid pick, Dale Steyn.”

The best moments are always blurry ✨

Dale Steyn made an excellent choice for the Best Photo in Cricket history. However, fans are more excited to know if he will return to the Indian Premier League soon. Steyn made himself unavailable for the 2021 edition of the IPL last year itself. However, he has clarified that he still has a couple of IPL seasons in him left.

With two new teams set to join the IPL in 2022, the chances that Steyn returns to the competition are very high. He can be a great mentor to the team because of his vast experience. Also, the young Indian fast bowler playing with him will get a good experience which can help them do well in the future phases of their careers.

Watch: Rishabh Pant practices with the England cricket team
“From sitting at home and watching RCB to being a part of team”- Wanindu Hasaranga reacts after IPL deal
To Top