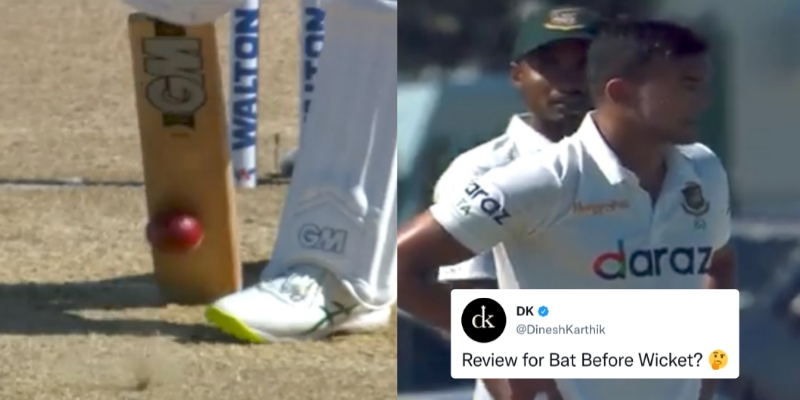 Ebadot Hossain was the star for the Bangladesh cricket team on the fourth day as he took four wickets in the second innings of the New Zealand cricket team and reduced them to 147/5 at stumps.

The Bangladesh cricket team took a 130-run first innings lead. A fine effort from the Ebadot Hossain has placed them in a winning position.

It will be interesting to see if the Bangladesh cricket team can win the Test match from here, but fans should note that the visitors took a bizarre review during the first match of ICC World Test Championship series against the New Zealand cricket team earlier today at the Bay Oval in Mount Maunganui.

During the 37th over of the second innings, Taskin Ahmed bowled to Ross Taylor. The ball hit Taylor’s bat. It looked like bat-pad, but replays suggested it was only bat. Thus fans were surprised to see the DRS taken by Bangladesh. Here’s the video and Dinesh Karthik’s reaction to it.

Review for Bat Before Wicket? 🤔 https://t.co/IOnk8TZ20L