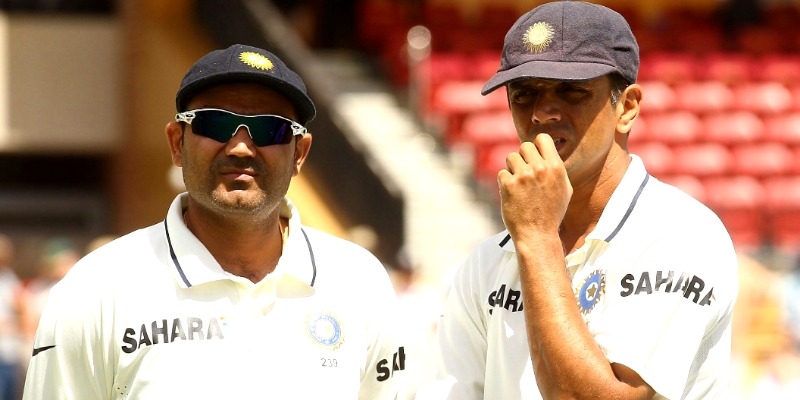 The BCCI, the Board of Control for Cricket in India, has announced Rahul Dravid as the new Head Coach of the Indian cricket team, who will take charge after the T20 World Cup 2021. Former Indian opener and Rahul Dravid’s teammate Virender Sehwag stated that Dravid will focus on ICC Trophies.

The Indian cricket team has reached the latter rounds of many tournaments, such as the 2014 and 2016 T20 World Cups and 2019 Cricket World Cup, but fell short a little. The chances of making it to the semi-finals of the T20 World Cup 2021 is also very slim for the Men in Blue.

There is lots of positivity among the Indian cricket fans ever since the official appointment of Rahul Dravid as the Head Coach of Indian team.

He stated that there will be more stability within the team with Rahul Dravid as India coach. He stated that Dravid will focus more on process and making sure India’s chances of winning ICC trohies go up.

Rahul Dravid has the experience of coaching the Indian team. Dravid has so far been in responsibility to coach the Indian U19 Team. He has coached the Indian 2nd string team that visited Sri Lanka while the first team players were away in England for the World Test Championship Final and then the England Test Series.

Rahul Dravid will take over from New Zealand series

Rahul Dravid will take over the reins as the Indian cricket team Head Coach after the T20 World Cup 2021, when the current Head Coach Ravi Shastri’s contract expires. Dravid’s first series in-charge will be the home series against New Zealand that will include 3 T20I’s and 2 Test matches beginning from the 17th of November.

Shoaib Akhtar responds to match fixing allegations over India vs Afghanistan T20 World Cup 2021 match
“Not everyone is as lucky as me “, Mohammed Siraj Wishes Virat Kohli On His Birthday With An Emotional Post
To Top