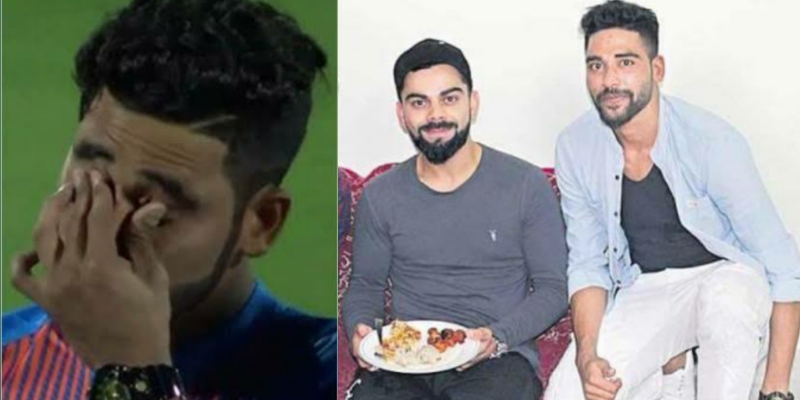 Indian captain Virat Kohli is celebrating his 33rd birthday on Friday. Most of his colleagues and fans wished Virat on the special day. Many of them had sweet memories or tributes to the legend, including a few fellow cricketers. Mohammed Siraj wishes Virat Kohli on the latter’s birthday with an emotional post on his social media handles on Friday.

Virat Kohli is considered one of the greatest players of this era. He has achieved success in all three formats of the game, especially the shorter versions. In this journey, Virat has also served as the captain of Team India. He has also been a terrific cricketer in the Indian Premier League. Although his form in recent months has not been great, there is the expectation that he would roar back to his old self.

Mohammed Siraj is one of the many admirers of Virat Kohli. The Hyderabadi pacer has expressed his liking for the Indian captain on multiple occasions. In his career, too, Virat has been very important. He posted an emotional tweet for Virat’s birthday on Friday.

Not everyone is as lucky as me to be blessed with a elder brother like you. Thank you so much for coming into my life and standing by my side through thick and thin. I hope you get all that you truly deserve. Happy Birthday king 👑 @imVkohli pic.twitter.com/pTn8NBZrHh

Virat and Siraj have been a part of RCB and Team India for a while now. Although Siraj underperformed in many games, Virat backed him and Siraj is one of the best bowlers in the country right now. In Siraj’s dark phases of his career, Virat has stood by and the bowler mentioned this in his birthday tweet for the King.