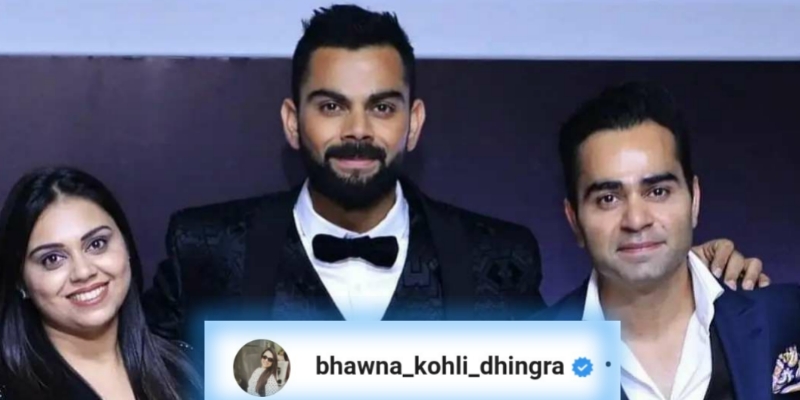 Virat Kohli is the captain of the Indian cricket team in all three formats of the game. He is also one of the top batsmen in the world at the moment. Kohli has proven himself as a match-winner for India every now and then. He is the highest-paid player in the Indian Premier League and also the most-followed Asian on Instagram.

Still, not many fans know that Virat Kohli has an own brother and an own sister. His brother’s name is Vikas Kohli, while his sister’s name is Bhawna Kohli Dhingra. Recently, the festival of Rakshabandhan was celebrated by everyone. It is a special day for sister and brother. Sister ties the Rakhi on brother’s hand, and brother gives a gift to his sister.

Virat Kohli’s sister posted an old picture of herself with her two brothers on Instagram on the occasion of Rakshabandhan. She posted the picture with a heart-touching message, which read:

“You both mean the world to me and I know you guys have always got my back.”

This photo has gone viral on Instagram as it has received more than 50,000 likes. Both Bhawna and Vikas also have verified Instagram accounts.

Virat Kohli has not scored a century in the year 2021 so far. The Indian cricket team skipper will look forward to ending his drought of centuries in Leeds soon. The third Test will start on August 25.