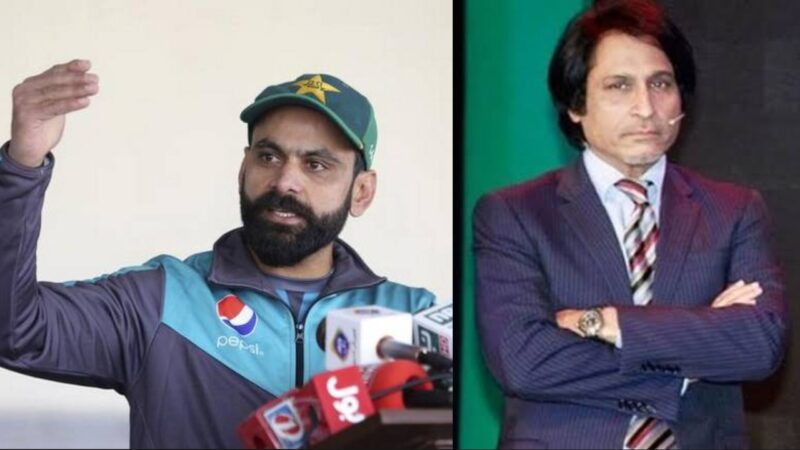 The world has seen old tweets of celebrities or cricketers go viral after a particular incident. But in the latest news, Pakistan batsman Mohammad Hafeez’s old statement about Ramiz Raja is going viral on the internet.

Pakistan batsman Mohammad Hafeez’s interview with Cricket Pakistan is going viral on the internet, especially a particular part of it. Last year (2020), the incident occurred when former cricketer turned commentator Ramiz Raja gave a statement again to the Pakistan Cricket Board and over their player selection.

It was back in November 2020 when Ramiz Raja opposed Pakistan Cricket Board’s decision to select more experienced players, where he demanded to give game time to youngsters considering the T20 World Cup that is slated to begin this year. He also asked players such as Mohammad Hafeez to retire from International cricket to give the youngsters the opportunity.

"My 12-year-old son has better game awareness than Ramiz Raja."

Before all this drama, Mohammad Hafeez was in great form as the Pakistani batsman was named Man of the Series for the T20I series against England in September 2020.

Mohammad Hafeez made his international debut for Pakistan in 2003. Ever since then, the Pakistani batsman has scored 3652 runs in 55 Test matches. He has featured in more than 200 ODI matches and more than 100 T20 International matches, in which he has 6614 runs in ODI and 2429 runs in T20 cricket.