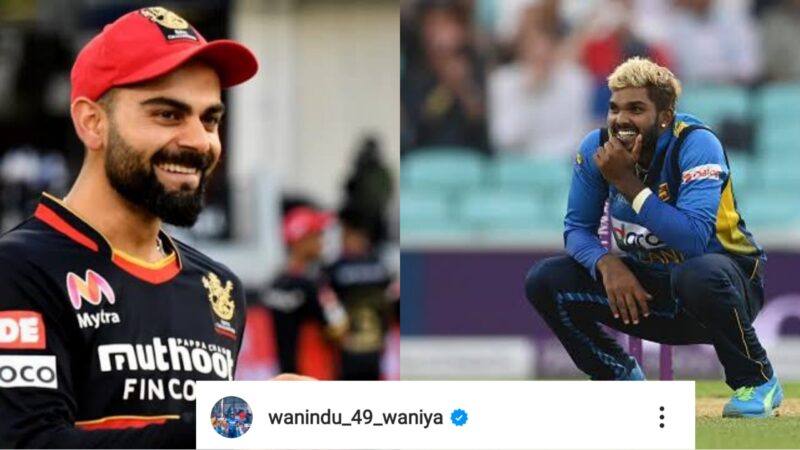 Speaking of the new signings, Wanindu Hasaranga’s signing has made many fans happy. There were no Sri Lankan players in the league when IPL 2021 began. Quite a few members of the cricket universe believed Hasaranga deserved to be a part of the tournament. He was the Man of the Series in the first season of the Lanka Premier League.

Now, finally, Hasaranga has bagged an IPL contract. It seems the world number 2 bowler in the ICC T20I Rankings has been a big fan of Virat Kohli, the Royal Challengers Bangalore. Many fans scrolled through his old posts on Instagram. Twitter users shared the following posts after the news of RCB signing Hasaranga.

Wanindu Hasaranga will play under the captaincy of Virat Kohli now

Wanindu Hasaranga can make his IPL debut under the leadership of Virat Kohli now. However, there is a chance that the Sri Lankan stars of RCB might miss the tournament. Recently, SLC Secretary Mohan de Silva informed Cricbuzz:

“I don’t know, I have to check. We are under lockdown till the end of the month. We have not taken any decision yet as they will have to apply for the NOCs. We are not aware of these players being selected, neither have they sought permission from us.”

Most fans expect Hasranga and Chameera to play in the 2021 edition of the Indian Premier League. It will be interesting to see what happens next.