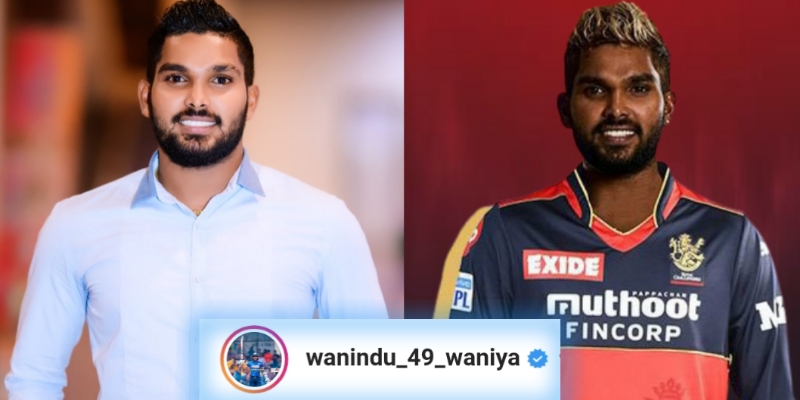 Wanindu Hasaranga posted a heart-touching message on Instagram after he got a contract from IPL franchise Royal Challengers Bangalore ahead of the second phase of IPL 2021 in the United Arab Emirates. RCB have signed him as a replacement for Australian leg-spinner Adam Zampa.

Many Indian fans would know Wanindu Hasaranga. The reason behind it is he won Man of the Series award in the T20I series between India and Sri Lanka last month. On top of that, Hasaranga also recorded his best figures of 4/9 against the Indian cricket team.

After knowing the news of his IPL signing by RCB, Hasaranga uploaded an edited photo on Instagram. He posted a photo made by the RCB team and wrote in the caption:

“From sitting at home and watching them, to being a part of an amazing team. I am excited, honoured and thrilled all at once.”

Royal Challengers Bangalore made three big signings on August 21 (Saturday). They first announced Wanindu Hasaranga as their new player. Next, they roped in Dushmantha Chameera. The third player is Tim David. The trio will replace Kane Richardson, Adam Zampa, Finn Allen and Scott Kuggeleijn in the RCB squad.

Hasaranga is in top form right now. It seems like he will get to play matches for RCB. Bangalore needs a top-quality all-rounder. Dan Christian did not perform well in Phase 1. Hence, either Tim David or Wanindu should play regularly for RCB.

The Royal Challengers Bangalore are in the Top 4 of IPL 2021 Points Table right now. They will try to cement a place in the playoffs. It will be interesting to see if RCB can end their title drought in the 2021 edition of the IPL.