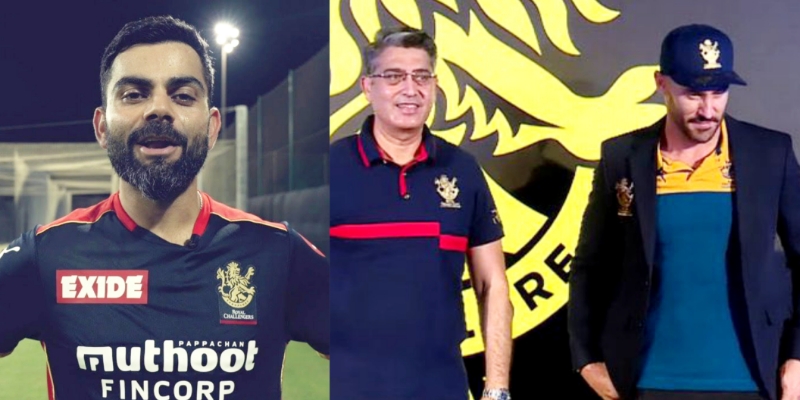 Royal Challengers Bangalore has announced former South Africa captain Faf du Plessis as their captain for the upcoming season of the Indian Premier League (IPL). This comes after Virat Kohli decided to step down as the RCB skipper following the IPL 2021.

The decision was made official few minutes ago in a special event hold by the franchise, called ‘RCB Unbox’ at Museum Cross Road in Church Gate. And now, former skipper Virat Kohli has let know his opinion on the decision.

Royal Challengers Bangalore (RCB) has appointed former South African cricketer Faf du Plessis as their new captain. After which, former skipper Virat Kohli has wished him all the best for the upcoming season. From IPL 2011 to 2021, Virat Kohli was the captain of the Bangalore based franchise.

Following the announcement, RCB has shared a video of Virat Kohli on their social media accounts, in which he looks very excited for the upcoming season and congratulated Faf du Plessis for his new role.

In the video shared by RCB, Virat Kohli said that he is very excited for the start of the new season. He added that couldn’t be much more happier than passing the leadership opportunity to his fellow teammate and friend. He continued that the team is excited for the season and he can’t wait to play under Faf. “And I couldn’t be more happier to pass on the baton to a good friend, whom I’ve known very well over the years,” said Kohli.

“Happy to pass on the baton to Faf! Excited to partner with him and play under him” – A message from @imVkohli for our new captain @faf1307. 🤩#PlayBold #RCBUnbox #UnboxTheBold #ForOur12thMan #IPL2022 pic.twitter.com/lHMClDAZox

Kohli further said that partnership with Faf is going to be a lot more of fun for RCB fans and wrapped off saying that the team looks very balance and can’t wait for the IPL 2022 to start. It must be noted that the video is a pre-recorded video since Kohli is currently taking part in the ongoing 2nd Test match of the series against Sri Lanka.

Royal Challengers Bangalore (RCB) will be taking the field under their new leader Faf du Plessis on the 27th of March in the 2nd match of the day and 3rd match overall, against the Punjab Kings.

Alex Hales opts out of IPL 2022, Aaron Finch named replacement for Kolkata Knight Riders
“There was no doubt since RCB bought him in Auction” – AB de Villiers reacts to Faf du Plessis confirmed as RCB captain for IPL 2022
To Top