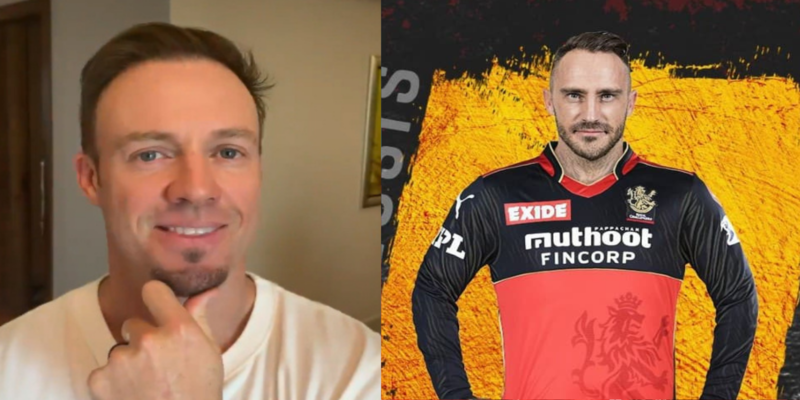 Finally, the wait is over and the most awaited announcement for the new skipper of the Royal Challengers Bangalore has been made. The Bangalore franchise has appointed former South Africa skipper Faf du Plessis as their new leader of the team. Du Plessis will lead the RCB team ahead of the Indian Premier League 2022 season. On Saturday, RCB took to their official Twitter handle and shared a tweet for their fans.

Faf du Plessis will be the seventh player to lead the Bangalore franchise in the history of the IPL. Previously, Rahul Dravid, Kevin Pietersen, Anil Kumble, Daniel Vettori, Kohli, and Shane Watson had led the team. The former Indian skipper, Virat Kohli, captained the side from 2011 to 2021, in a total of 140 matches. He has led the team to 64 wins, along with 69 losses, 3 tied games, and 4 matches ending with no result.

However, this will be the first time that the right-hander will captain any IPL team, but he has enough experience of leading the team in T20 league around the world. Du Plessis has also captained the South African international team and World XI on the international circuit. On his appointment, Virat Kohli and AB de Villiers also congratulated him and wished him good luck.

“Happy to pass on the baton to Faf” – Virat Kohli

Virat, the former RCB skipper, also shared a video team’s official Twitter handle and wished the next captain good luck. He also said that he is the right person to lead the team.

IPL legend and former RCB player AB de Villiers also shared the video on the team’s official Twitter handle and talked about the changes in the team. Notably, he pointed out the appointment of Du Plessis as the new captain. He said that it was no surprise that the Bangalore franchise would choose him as the captain after they bought Du Plessis at the auction. Have a look at the video.

The former South African skipper has captained 79 T20 games in his career. He has 43 wins and 34 losses. One game each ended in a tie and with no result, respectively.