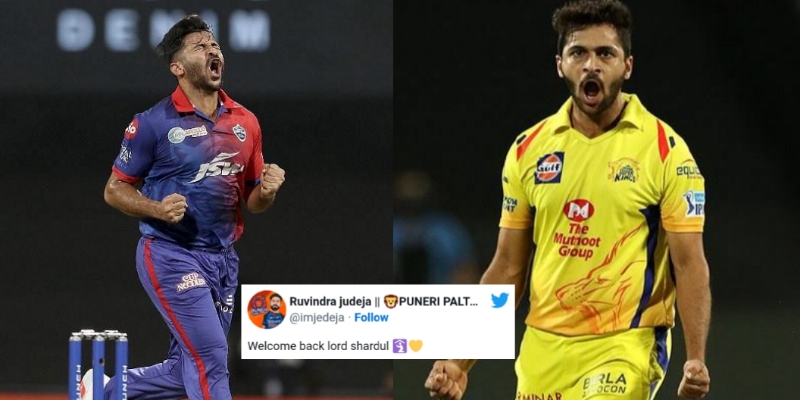 The Indian Premier League (IPL) 2023 season will be played from the March to May in 2023, but prior to that, there will be a mini IPL 2023 Players Auction that will be held in December this year.

And prior to that, all the 10 teams are currently having a look through their squad to decide which players to retain to release before the Auction.

Recently, a report has claimed that Delhi Capitals could release their Indian all-rounder Shardul Thakur before the Auction. While they are not completing letting him, they actually plan to buy him back for a cheaper price.

Meanwhile, Shardul has a good fanbase and some of them are frustrated that he may be released and are hoping him to join their favourite team instead.

Thakur to rcb who says no

That Taklu didn't let us buy him last year😡

How can you leave out a lord of your realm😭

@mipaltan just get the deal done. He is one of the missing piece in our paltan. https://t.co/XtG0ws0LxU

He lost his lord title after leaving csk ….now if csk will buy him he will again gain his title of 'lord'