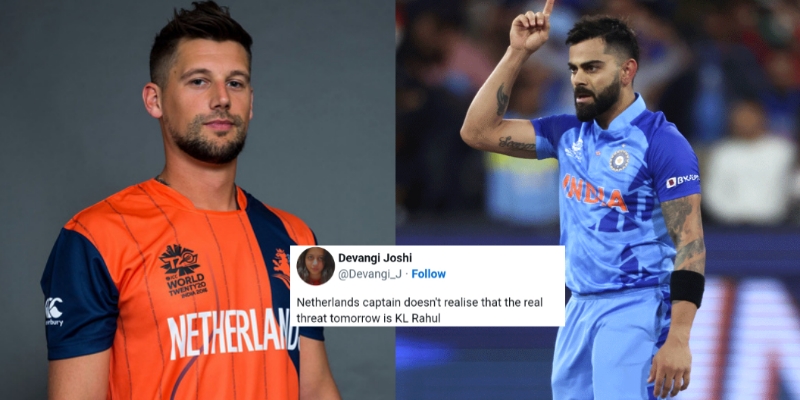 After a massive win for the Indian team in their T20 World Cup 2022 opener against arch-rival Pakistan, the Men in Blue will next take the field against Netherlands on the 27th of October, ok Thursday.

Team India would look to do well in this match, especially the man in form and former India captain and star batter Virat Kohli. Kohli played an instrumental knock against Pakistan which was really important for India’s win against their neighbour.

Meanwhile, Netherlands captain Scott Edwards has told the media that he hopes that Virat Kohli turn up the way he did against Pakistan.

With KL Rahul in the team, I doubt Virat will get to face many balls