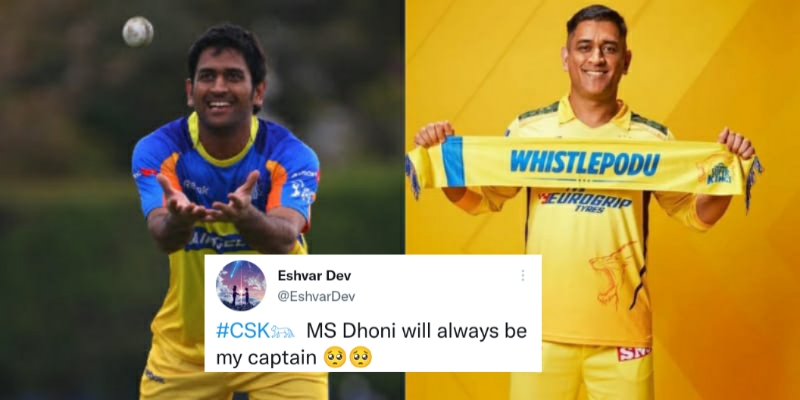 With just 2 days away from the start of the Indian Premier League (IPL) 2022 with Chennai Super Kings (CSK) taking on Kolkata Knight Riders (KKR) in the opening match, there’s been massive change in CSK as MS Dhoni has decided to step down as CSK’s captain.

Chennai based Chennai Super Kings franchise announced on today, the 24th of March 2022, that MS Dhoni has decided to step down from his role as CSK’s captain and has passed the baton to Ravindra Jadeja.

While the IPL 2022 was always said to be a new beginning with 2 new teams joining, Virat Kohli left his position as Royal Challengers Bangalore (RCB)’s captaincy, nobody did ever had thought they won’t be seeing the captain MS Dhoni in this year’s IPL.

The announcement shook the entire cricket fraternity, and fans could believe so. MS Dhoni has been guiding the Chennai Super Kings franchise ever since the inaugural edition in 2008.

MS Dhoni was bought by the Chennai Super Kings franchise in the 2008 IPL Auction, before the first IPL season began. Before which, MS Dhoni had made a name for himself as India’s captain, having led the side to the T20 World Cup glory in 2007.

Dhoni was handed the responsibility to lead the Chennai based franchise in the T20 competition, which turned out quite viral for the team, as Dhoni guided CSK to 4 IPL Trophies.

Ravindra Jadeja has been appointed as the new CSK captain. MS Dhoni will play IPL 2022 as a player.

Smart play with both brain and words 🤭
End of era tho. MS Dhoni’s legacy as Chennai Super Kings’ captain, will never be forgotten.
The baton has been passed on to Ravindra Jadeja, a new era begins. Wish you all the best. #IPL2022 | #MSDhoni pic.twitter.com/LSjyBvj1dJ

You will always be our Captain! @msdhoni
End of an era 🥺@ChennaiIPL 💛#Dhoni #MSDhoni #WhistlePodu pic.twitter.com/dewjaf1i6X

As much i'm happy for #RavindraJadeja , it feels so sad the GOAT captain #MSDhoni won't be seen as captain anywhere from now.
THANK YOU FOR EVERYTHING MAHI BHAI. LEGEND! 👑#CSK𓃬 #WhistlePodu pic.twitter.com/FsvhY7TvlO

End of an Era, Will miss you skip #MSDhoni. pic.twitter.com/0f4I0fTwRn

The man who made winning trophies look easy finally steps down from captaincy. 💔
Nobody will ever be able to replace you @msdhoni you were the BEST..!!!#MSDhoni pic.twitter.com/1oAKacnjzY