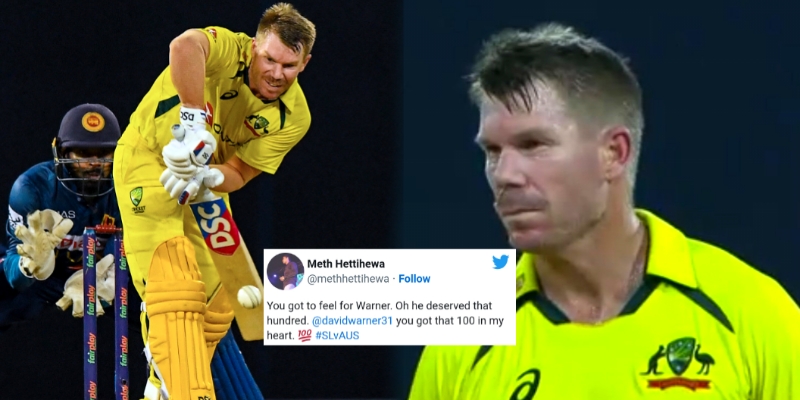 The Australia tour Sri Lanka has taken a interesting turn as Sri Lanka currently leads the 5 match T20I series against the Aussies by 2-1 and a win tonight in the 4 match would be an unassailable lead for the Lankan Lions.

Sri Lanka lost the first match of the series, but then fought well to recover and win the following 2 matches. With the series on the line, Sri Lanka and Australia is currently squaring off in Colombo’s R Premedasa Stadium.

Batting first, thanks to a brilliant Hundred from Charith Asalanka (110 runs from 106 balls), Sri Lanka managed to put a target of 259 runs for Aussies.

The Kangaroos lost the wicket of captain Aaron Finch early for just 3 runs, while Mitchell Marsh departed when the team had 66 runs on the board. But, one man carried going forward, that David Warner.

Warner once again showcased why is currently one of the best white-ball cricketer. While wickets were falling on one end, he kept on going. But, unfortunately for him, he was dismissed for 99 runs, missing out on his 19th ODI Hundred by just 1 run. Twitterati felt heart-broken for the the Aussie.

You got to feel for Warner. Oh he deserved that hundred. @davidwarner31 you got that 100 in my heart. 💯 #SLvAUS

Heartbreak for David Warner. He gone for 99 runs. But nevertheless he played a brilliant Innings in this difficult condition in this run chase against Sri Lanka. Well played, David Warner. pic.twitter.com/YBOFSx6sgq

Players getting Stumped Out on 99 in ODI

Heartbreak for David Warner – dismissed on 99 in 112 balls. Missed out on a very well deserved century, a great innings by Warner. pic.twitter.com/EMVf7oKmaN