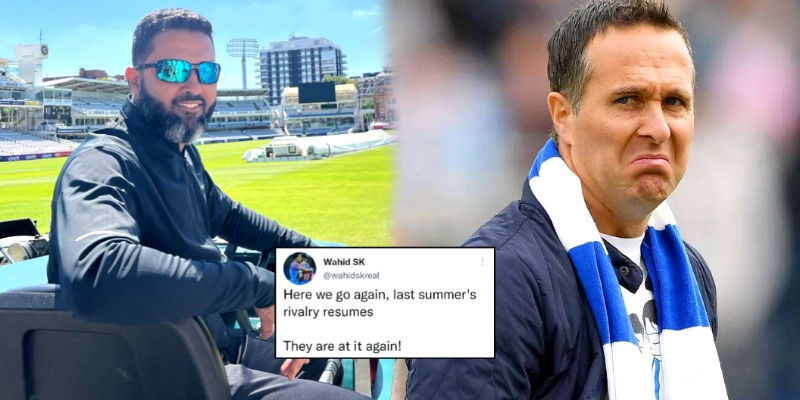 When Team India toured England for the 5 match Test series against the home team, not did it brought cricketing action in what was disastrous year for the whole world, but other than that, Wasim Jaffer and Michael Vaughan kept everyone entertained throughout.

Unfortunately, curtain fell early as the series was halted with 1 match still go due to COVID-19 and other reasons and was scheduled for 2022, which is now gonna be played from 1st July.

And now that the series has resumed, so is social media banter between the two arch-rivals (not serious one though). Twitter also enjoyed the moment as India and England set to square off in the 5th match.

Oh Michael !!! You just tickled the sleeping lion… 😂
Here continues the banter after a long break.. we are waiting @WasimJaffer14

Michael tweets just to get himself roasted.

When life names you Wasim, make sure you turn out to be a Jaffer https://t.co/gGDKvGtQBX